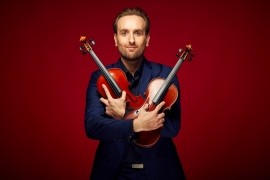 (no reviews)5.0
Country: Ukraine
Based In: Lviv, Ukraine
Performs: Worldwide
From: $1000

Oleksandr Bozhyk – a violin virtuoso, a composer, a phenomenon in the modern musical space. A participant in many TV shows and projects, including one of the most popular shows in the world - Britain's Got Talent.
: +38093707XXXX Click here to reveal
full number

Oleksandr Bozhyk is a world-class artist whose skill is confirmed by thousands of successful performances in more than 30 countries worldwide. Oleksandr Bozhyk’s musical show is a unique program that combines classics, rock, pop and folk motives. Add interactive activities with the audience and a relaxed way of communicating – and am inspiring rich evening is guaranteed for you.
Sing in time with the world famous hits, get closer to the beautiful thanks to samples of world classical music, immerse yourself in the atmosphere of your favorite movie accompanied by soundtracks and enjoy new ... author’s compositions from Maestro Oleksandr Bozhyk.

The violinist performs in three formats: solo, with his band "Bozhyk Band" or accompanied by a rock orchestra with energetic Bozhyk Orchestra Show. Oleksandr cooperates with many famous artists who can participate in the show (Oksana Mukha, Brya Blesing, Oleh Lykhach, Petro Radeiko and others).
SOLO
Oleksandr Bozhyk's interactive show program is a combination of two elements: lyrics and madness that will be remembered for a long time. The violin virtuoso performs exciting modern rock and pop compositions, soundtracks to motion pictures, author’s music. Under the accompaniment of the pian ... o by Yuliya Bozhyk, the musician will present you lyrical versions of famous hits, passionate motives of classics of musical art, and, of course, compositions of own authorship.
BOZHYK BAND
The team is one of the best musicians and experts in their trade, who have been burning up on the same stage with Oleksandr Bozhyk since 2011 (guitar, bass guitar, drums, keyboard instruments, piano). Together, they guarantee an energy show in which the author’s works, the classics in modern interpretation, the music of the peoples of the world, the songs from the films...
BOZHYK ORCHESTRA SHOW
Bozhyk Orchestra Show is a large-scale and vibrant musical performance, led by the front man Oleksandr Bozhyk accompanied by exciting rock orchestra.
The audience of Bozhyk Orchestra Show will be captured by the entire spectrum of emotions as soon as the touching lyrics or musical theme from the Hollywood blockbusters is heard from the scene.
The lyrical string group, the emotional breaststroke quintet and the exciting "Bozhyk Band" organically united in the rock orchestra and work as a single organism.

Oleksandr Bozhyk – a violin virtuoso, a composer, a phenomenon in the modern musical space. He is a master to combine the unmatched performance and a spectacular show. He is equally good at classics, rock, pop, and ethno-music.
A superfinalist of the popular TV show Ukraine’s Got a Talent, a record holder of the Ukrainian Book of Records, a finalist of the Minute of Glory show, a laureate of all-Ukrainian and international competitions.
A participant in many TV shows and projects, including one of the most popular shows in the world - Britain's Got Talent. Now Oleksandr Bozhyk is a p ... articipant of the Polish TV show "Mam talent!", where he was called "Jimi Hendrix among the violinists".
An interactive musical show by Oleksandr Bozhyk - is legendary hits, author's music, an explosion of emotions and a guaranteedly satisfied audience. Professionalism, energy and drive - this is what each violinist's performance is based on, and he has had thousands of them around the world. The geography of performances covers more than 30 countries and the most famous concert halls, large-scale events, vip-events, conferences, corporate and private events of the top officials of the world politics.
Oleksandr Bozhyk works in the genre of musical crossover - music, in which different styles are mixed. The violinist performs in three formats: solo, with his band "Bozhyk Bend" or accompanied by a rock orchestra with energetic Bozhyk Orchestra Show. His exciting program is constantly updated with modern hits, compositions of own authorship and interesting show-numbers.
The greatest reward for Oleksandr Bozhyk is happy and enthusiastic spectators. They are always full members of his show programs. The musician skillfully arranges interactive activities with the public and flash mobs. Everyone present is impressed by his performance from the first to the last minute.
Oleksandr Bozhyk actively supports talented youth: the winners of his contest "Bozhyk Seeking Talent" appear on the same stage with him in Ukraine and abroad. Oleksandr also created the ensemble "Happy bows" (Veseli smychky), the participants of which are young talented violinists. The ensemble combines playing the violin and dance moves. 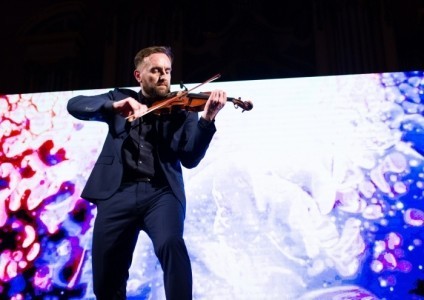 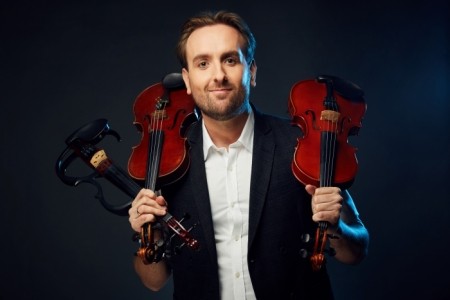 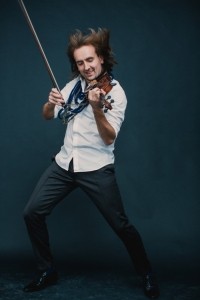 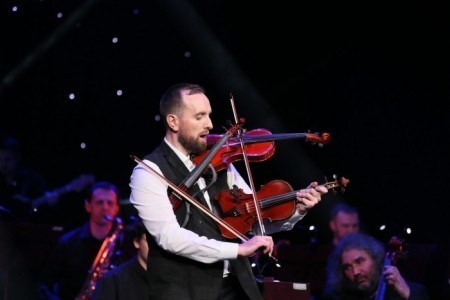 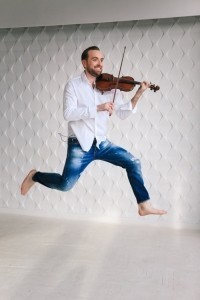 Oleksandr Bozhyk is a musical brand presenting contemporary Ukrainian culture in the world. He is a professional with many years of experience in a variety of concert venues in Ukraine and abroad. Among the most significant events with the participation of Oleksandr Bozhyk are Ukrainian Days in Chicago (2015), Ukrainian Days in London, celebration of the Independence Day of Ukraine in Singapore (2012), Warsaw (2015), Przemysl (2016), a concert tour around the cities of Brazil, Argentina, Paraguay, Canada (2015), a series of concerts in Europe - Denmark, Poland, Romania, Hungary (2015)

Online concert with covers of world hits, elements of the author's show and bright performance!