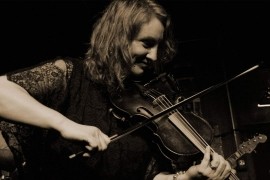 Currently, I play regularly 5 days a week in country/rock music bands in the famous Honky Tonks on Broadway in Nashville. I am also called upon regularly for a variety of types of recording sessions; anywhere from country to bluegrass to rock and alternative styles. I am contracted independently as a solo, duo, trio or full band act for wedding ceremonies and receptions, cocktail parties, funerals, corporate parties, banquets, awards ceremonies, private celebrations, restaurant entertainment, and others.
My background is classical and traditional fiddle style playing as well as country/sou ... thern rock cover bands. I am currently exploring online resources for live musical performance in separate environments to be able to provide concerts and shows for public and private functions. I continue fostering relationships with many people in the music industry to further my career and keep playing music.

What I don't know, I learn!

A Colorado native with a rich musical heritage, unprecedented passion, and dedication, Merna Lewis is a force behind the fiddle. Every melody born from years of trial by fire, education, and persistence. You don’t just listen to Merna play the fiddle; you feel her play the fiddle. Pieces of the Colorado mountain tops, the Texas plains, and the Nashville honky tonks are evident with every performance, and the brand of The Barefoot Fiddler is sawed into their fabric as well.
She’s been playing fiddle from the age of 7, and stands on the shoulders of the late Aunt Bettie Freel, well-known m ... usician and music teacher in the San Luis Valley; and deceased Grandmother Virginia Marie Bond Riggenbach, violin virtuoso; A Juilliard School of Music graduate and teacher of violins at the Brearley School for Girls in New York City, and founder of Riggenbach School of Music in Alamosa, CO.
Merna competed at many regional and national fiddle contests, and placed 1st place in her division at the Albuquerque State Fair Fiddle Contest, 2nd place time and time again at contests in the state of Colorado, and 15th in her age division at the National Fiddle Championship contest in Weiser, ID. She also sat 1st chair violin in the Alamosa Symphony Orchestra for Children under conduction of Robert Walkley and earned several high merits in solo and ensemble competitions.
Merna earned her Associate of Applied Arts Degree in Commercial Music from South Plains College, Levelland, TX in 2002. While in school and afterward, Merna played around the Texas/Red Dirt circuit with many bands and ensembles, playing all styles of music from rock and roll to jazz to Texas Western Swing.
She moved to Nashville in 2003 and immediately ranked as one of the first call fiddle players for the Lower Broadway Honky-tonks, which led to touring opportunities with Trent Willmon, The Roys and Tanya Tucker as well as many studio recording sessions. You can hear Merna playing on many independent artist CDs and EPs. When she’s not in the studio or on tour, you can still catch her playing barefoot in the Nashville honky tonk bars. Don't be surprised if she comes to your table, fiddle in hand - she might just let you play fiddle on the spot! 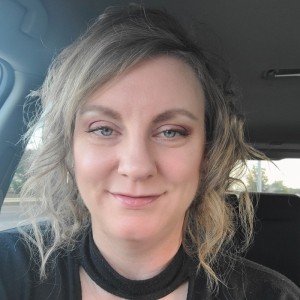 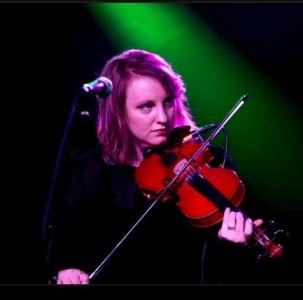 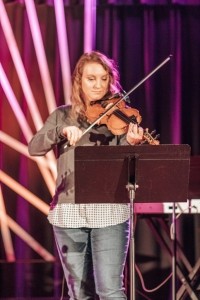 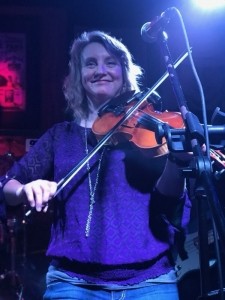 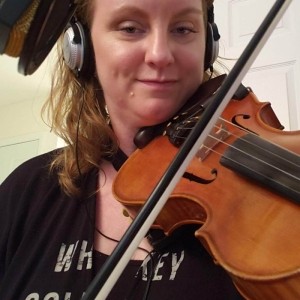 Have a special person in mind that loves music? I can perform as a soloist, duo, trio or full band and record a special song for you to send as a birthday greeting, miss you, love you, just saying hello, thank you, get well, etc. directly to their inbox in email, Facebook Messenger or Instagram!

I can put together a fun 45-90 minute concert featuring some of Nashville's best musicians, just for you! We can play your favorite cover songs, or put together an all original music set, a great way to have live music at your next family gathering, corporate event, awards ceremony, or other event! Available as a duo, trio or full band. 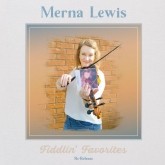 
Originally recorded at the age of 12 with my family band, a local favorite of the San Luis Valley in beautiful Colorado. The objective of this re-release is to be able to fund an updated project with new favorite tunes! The new project will also be a tribute to the loved ones I’ve lost since this recording, Aunt Bettie Freel and my dad, Dwight Heersink. 1. Durang's Hornpipe 2. Pig Ankle Rag 3. In the Mood 4. Westphalia Waltz 5. Bear Creek Hop/ Buffalo Gals 6. Back Up and Push 7. Star of the County Down 8. Cincinnati Hornpipe/ Ostinelli Hornpipe 9. Redwing 10. Orange Blossom Special 11. Amazing Grace