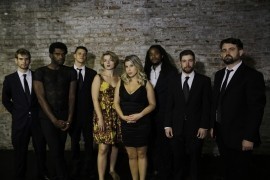 When contacting this member, please state that you are viewing their Entertainers Worldwide profile.
Request a Quote
Share this Page:
Profile Views: 2528
Report this profile

Blue Avenue Groove is a premiere 4-10 piece band, specializing in high-energy music for weddings, corporate events, and private functions. Founded by bassist Will Kencel in 2014, Blue Avenue Groove has electrified the New York scene, performing at the Metropolitan Museum of Art and opening for Tedeschi Trucks Band and Hall & Oates. Our ensembles feature Grammy award winning vocalists and offer Motown, Funk, Pop, Rock, and R&B. We pride ourselves on versatility to make your guests DANCE.

"Five stars are too few for a band as talented as Blue Avenue Groove!! Their music was the highlight of our wedding and booking them was the best decision we made."
-Kathleen, 6/2/18
"Blue Avenue Groove was truly one of the best parts of our wedding. I don't think I've ever attended a wedding where people were more motivated to dance, and that's all thanks to Blue Avenue Groove's incredible musicianship, emceeing flair, and true professionalism."
-Meaghan, 6/16/18 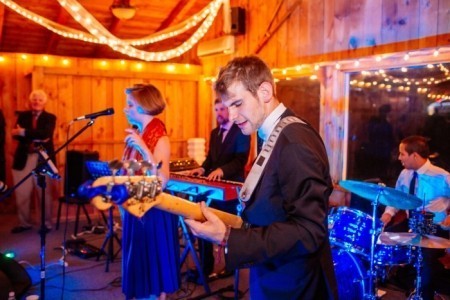 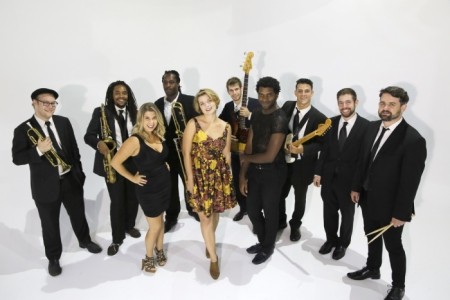 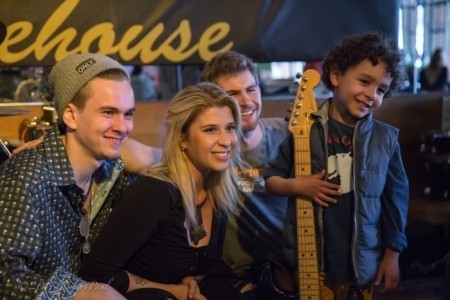 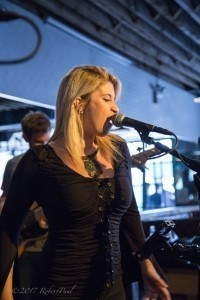 Blue Avenue Groove - Wedding Band - New York City, New York Event Location: Lyndhurst Mansion, Tarrytown, NY Event Type: Wedding 26th May 2018
Blue Avenue Groove was truly one of the best parts of our wedding. I don't think I've ever attended a wedding where people were more motivated to dance, and that's all thanks to Blue Avenue Groove's incredible musicianship, emceeing flair, and true professionalism. My husband and I are both musicians, and were getting really disheartened by how many wedding bands seemed like bad karaoke outfits. We could tell from Blue Avenue Groove's demos that they were really making all these classic songs their own - while still making them extremely danceable, and we couldn't be happier that we hired them. Will was extremely accommodating and flexible with our requests, from agreeing to play a song with my dad sitting in on guitar to switching the father-daughter song last-minute when my dad broke his wrist. Will and the sound technician (Billy, I think) also helped accommodate a late request from me to perform with one of my bridesmaids, and seamlessly set up microphones for us to play cello and
Reviewed by: Meaghan
Blue Avenue Groove - Wedding Band - New York City, New York Event Location: New York Country Club, New City, NY Event Type: Wedding 12th May 2018
Five stars are too few for a band as talented as Blue Avenue Groove!! Their music was the highlight of our wedding and booking them was the best decision we made. We had a lot of trouble finding a band that was willing to stray a little bit from the classic wedding tunes - that is, a band capable of prioritizing rock music, without sacrificing a healthy mix of pop, funk, and Motown. We had almost given up hope, until a friend recommended Blue Avenue Groove. Immediately after speaking with their band leader (and talented bass guitarist), Will Kencel, we knew we found what we were looking for! From the beginning, the band was incredibly flexible and easy to work with. They offered a range of ensemble sizes and options. We ended up booking an eight-piece band (including male and female singers) for the reception and a trio for the cocktail hour, and the price was beyond reasonable for what we received in return. Will was incredibly receptive to learning multiple special requests, and even
Reviewed by: Kathleen
Blue Avenue Groove - Wedding Band - New York City, New York Event Location: Brooklyn Winery, Brooklyn, NY Event Type: Wedding 3rd November 2017
We were so happy with Blue Avenue Groove for our wedding at the Brooklyn Winery. They sound absolutely fantastic and had people of all ages dancing the night away. They were professional and courteous and it was clear that not only did they enjoy what they were doing but also were interested in making the night as special as possible. If I am ever looking for a band for another special event, they will be my first call.
Reviewed by: Sandor
Blue Avenue Groove - Wedding Band - New York City, New York Event Location: Greenwich, CT Event Type: Private Party 3rd December 2016
I recently booked this group for a party and everyone, to a person, loved them. There were some serious musicians among the guests, who were impressed with the level of the band's ability. The singer, Jon, was fabulous and really got the crowd involved. The most impressive feature was that the band seemed to enjoy the party as much as the guests. I would highly recommend them and would definitely hire them for my next event.
Reviewed by: Lois
Blue Avenue Groove - Wedding Band - New York City, New York Event Location: Plattekill Mountain, Roxbury, NY Event Type: Wedding 24th September 2016
My wife & I can't recommend Blue Avenue Groove highly enough! From the time that we booked them, Will and the rest of the band were responsive, personable and flexible with our requests. Not to mention their incredible talent as musicians!!! Seriously, our wedding would not have been the same without them. From funk, to r & b, to the instrumental jazz standards they played during cocktail hour, they can do it all. We had many wedding guests both during and after the reception, tell us that they are by far the best wedding band they'd ever heard, and I wholeheartedly agree. If you want to have all of your wedding guests up out of their seats dancing to the funkiest band in all the land, then hire these guys! Thank you to Will and the rest of the group for being incredibly talented and kind souls, and for providing us and our guests truly unforgettable music on our big day.
Reviewed by: Ryan