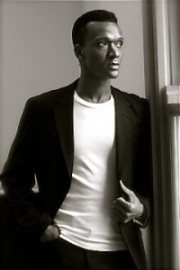 (no reviews)5.0
Country: United Kingdom
Based In: Streatham, London
Performs: Worldwide
From: £700

Jazz and Swing and Soul and Motown shows with up too a 9 piece live band or great backing tracks. Ideal for any wedding, party, corporate event, cruise ship etc
Request a Quote
Share this Page:
Profile Views: 522
Report this profile

I have 2 separate shows, a Jazz and swing show or Soul and motown, i can also combine the 2 shows, they are 45mins in length and are ideal for any wedding, party, corporate event, cruise ship etc….. i can perform with up too a 9 piece live band or with great backing tracks and can provide a full PA minus lights, i am able to travel to work. My shows will have people dancing all night and singing along, there is lots of audience participation.
SET LIST:
MOTWON AND SOUL
All night long
Sign sealed delivered
Superstition
Dock of the bay
Let's stay together
How sweet it is
Endless lov ... e
Kissin in the backrow
Saturday night at the movies
Get ready
Reachout I'll be there
Higher and higher
Love train
Mustang Sally
I feel good
My girl
Twisting the night away
Betcha by golly wow
Never too much
Lovely day
Tears of a clown
Ain't too proud to beg
Sir duke
Stand by me
Ain't no stoppin s now
JAZZ AND SWING
ain't Misbehavin
For once in my life
Old black magic
Birth of the blues
Let there be love
Mr bojangles
I've got you under my skin
Almost like being in love
Moondance
Lady is a tramp
Beyond the sea
What a wonderful world
Gotta be me
Lot of livin to do
Walking my baby back hop
Top hat
Summertime
Straighten up and fly right
Route 66
Recipe for making love
L.o.v.e
Fly me to the moon
Come fly with me
Unforgettable
Night and day
It don't mean a thing
Nature boy
Beginning to see the light
Getting to be a habit
Papermoon
A nightingale sang in Berkeley square
God less the child
I get a kick
It had to be you

Originally from Sheffield, Paul trained at the renowned Italia Conti Academy of Performing Arts before embarking on a successful West End career.
Paul’s album "The Unexpected Paul Hazel" is available on Amazon and I tunes and is a collection of 12 original jazz songs. His Cabaret has seen him perform at some of London”s most prestigious venues including Ronnie Scott’s, The Pheasantry, Pizza on the park, Battersea Barge, The Dorchester and Grosvenor Hotel and the Cellar door.
From starting professional life as a lead vocalist on Royal Caribbean’s' "Sovereign of the Seas”, Paul h ... as appeared in the West End in “Desperately Seeking Susan”, as Gary Coleman in “Avenue Q”, “Dancing In The Streets”, “Grand Hotel”, as Sammy Davis Jnr. in “Rat Pack”, “Ain’t Misbehavin”, “Times Up”, “Five Guys Named Moe”, “The Lion King and “You can do it”
He has also appeared in a wide variety of other stage performances in the UK and worldwide including, “Annie” “Christmas Crooners” ”Starlight Express”, “Sweet Charity”, “A Chorus Line”, “Blues in the Night”, “Legends Of Swing”, “Itsy Bitsy Spider”, “The Ratpack Party”, “Around The World In 80 Days”, “My One And Only”, “Habeus Corpus”, “Funkenstein”, “Mas Caribe”, and Shakespeare's “A Midsummer Nights Dream” “The Tempest” blue mountains production of “We shall over come” and “Sandi toksvig’s Christmas cracker” at the Royal Festival Hall
On TV, Paul has appeared in "The Multicultural Achievement Awards", "The Bill" (BBC), "The Richard Whiteley Show", "Richard and Judy" and "Blue Peter", JML infomercial. His radio credits include “The Secret Tapes Of Murdoch Road”, and “Which Way, Nowhere” (both for BBC Radio).
Paul is resident choreographer on Bill Kenwrights production Soul Sister the current UK tour 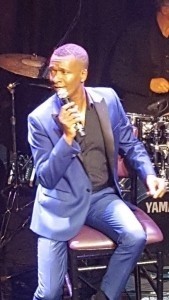 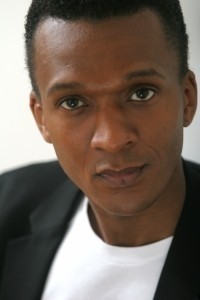 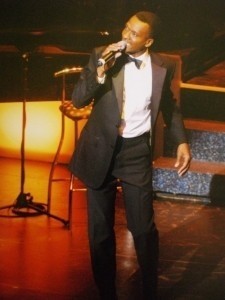 I have performed at many London venues including: Ronnie Scotts, The Pheasantry, Pizza on the Park, Battersea Barge, Thr Dorchester, Grosvenor, Hilton and Claridges hotels and The Cellar Door, i am from a musical theatre background and have performed in over a dozen west end shows including The Lion King, Starlight Express, Avenue Q, The Ratpack, Dancing in the Streets, Five guys named Moe and Aint misbehavin to name a few.

Request a Quote
Share this Page:
Click here to view more Wedding Singers in London
Browse all Entertainment Hire options!
Looking for a different type of entertainment? Search NowContact Us