I'm looking for:
near:
No valid location selected.
You Are Here: Clean Stand Up Comedians / United States / Georgia / Willie Brown and Friends 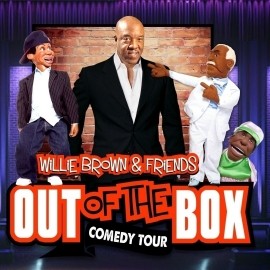 (no reviews)5.0
Also Performs As: Ventriloquist
Country: United States
Based In: McDonough, Georgia
Performs: Worldwide
From: $3500 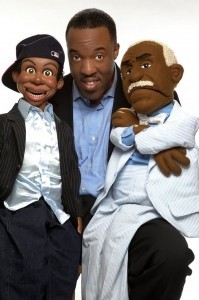 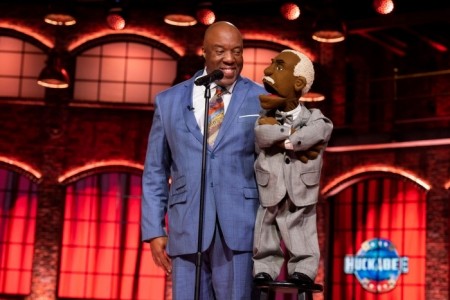 Willie Brown and Friends have been performing for all types of audiences from the young to the old for many years.
Performing at family events is his specialty because he has a unique way of reaching adults as well as children. He's performed
for many corporations, community day events, music concerts and comedy club. Brown was a paid regular at The World Famous Comedy Store on Sunset. He also worked The Laugh Factory, The Improv, The Ice House, and HaHa Comedy Club. He has toured the Comedy Zone circuit nationwide and has played venues overseas in the U.S. and British Virgin Islands, Englan ... d, Amsterdam, Netherlands, and South Africa.

Willie Brown was inspired to become a ventriloquist from an early interest in magic and from seeing Jay Johnson on the hit tv series "Soap." At the age of 13 his mother bought him a dummy which came with a manual on how to throw your voice. He studied the art of ventriloquism and took a home study course from Maher Vent Studios. Brown followed everything that he was taught and eventually became a full time professional ventriloquist after graduating from Hampton University with a degree in Mass Media Arts.
Brown has toured the comedy club circuit, worked overseas entertaining U.S. milita ... ry, performed at corporate events, churches, music concerts and more. He's opened for James Brown, Donna Summer, Gladys Knight, The Temptations, Boys To Men, Frankie Beverly and Maze, Chaka Khan, Al Green, The Whispers, Lakeside, The Jacksons, Steve Harvey, Cedric The Entertainer. He's also worked with most of the top comedians today like: Mike Epps, Katt Williams, Lavelle Crawford, and more. The unique characteristic about Willie Brown is that he is clean and explosively funny!