You are contacting The Elton John Experience 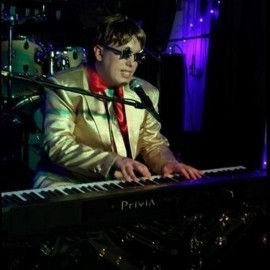 (no reviews)5.0
Country: United Kingdom
Based In: Bristol, South West
Performs: Worldwide
From: £250

All of Elton’s greatest hits, sure to get the audience up and dancing, singing along. Disco re-workings of classic ballads. Available as solo act or with band (+bass, drums, guitar). The act stars Mark Stewart, who has been performing as Elton since 2010.
Request a Quote
Share this Page:
Profile Views: 1235
Need Help?
✖