You are contacting Brynmor 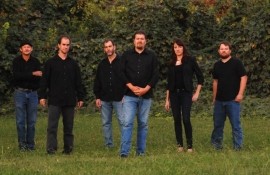 Celtic/Rock for the masses Brynmor (Welsh for great hill) originated in 2010 after Robert Gabb craved to return to his Celtic musical roots. He had been playing in Wales and Ireland prior to moving to the United States in 1998.
Request a Quote
Share this Page:
Profile Views: 1640
✖