You are contacting Corey Melton 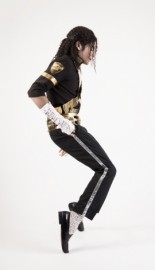 Corey is considered one of the world’s best multi-talented entertainers. He is well known for being the only Michael Jackson act that has performed as Michael with his look from the 80’s and his look from 90’s, with internationally known,” Legends in Concert!”
Request a Quote
Share this Page:
Profile Views: 516
Need Help?
✖