You are contacting Bernard De Riviere 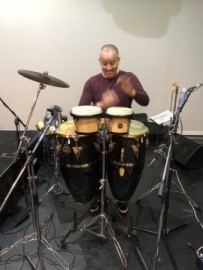 I have been playing Percussions for over 15 Years going tribute shows such as the Neil diamond show,I have also been performing Neil Sedaka tribute shows all over Australia. I have also performed alongside DJS playing everything from House music to R&B Classics
Request a Quote
Share this Page:
Profile Views: 117
Need Help?
✖