You are contacting Lisa Martin 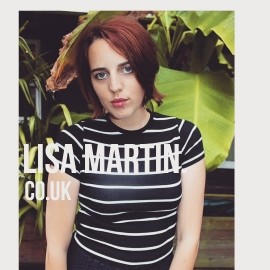 Lisa graduated with a First Class Bachelor of Music Degree from the Academy of Contemporary Music in 2015. Since then she has toured the UK, played many UK festivals, played on BBC 1, played with Clean Bandit at the MTV EMAs, and her recorded work has played on radio 1.
Request a Quote
Share this Page:
Profile Views: 236
Need Help?
✖