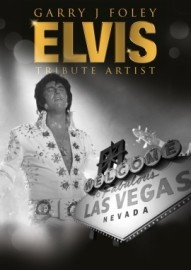 Garry is widely recognised as one of the worlds leading Elvis Tribute Artists and probably the UK’s top rated Elvis tribute act having won a plethora of awards internationally to prove it. He can be booked for any style of show, performing solo or with his band.
: 07764 89XXXX Click here to reveal
full number

When contacting this member, please state that you are viewing their Entertainers Worldwide profile.
Request a Quote
Share this Page:
Profile Views: 2794
Need Help?
✖