You are contacting John Lackey 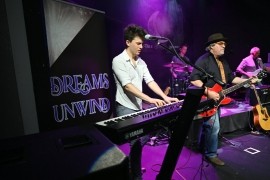 John Lackey is a singer, pianist, and actor based out of Manhattan, New York. He can be seen from April 20th to August 21st, 2022, on the MS Oosterdam with Holland America, performing with their Billboard Onboard program.
Request a Quote
Share this Page:
Profile Views: 351
✖