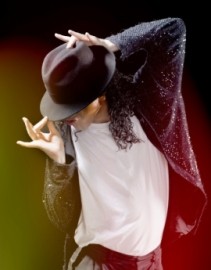 TOP MICHAEL JACKSON Tribute, DANNY OLIVER captivates crowds across the world with his electrifying show in tribute to the greatest selling Artist of all time. Danny has performed with those who have worked with Michael, for top celebs and even for MJ Himself.
Request a Quote
Share this Page:
Profile Views: 2624
Need Help?
✖