You are contacting Tomm Melody 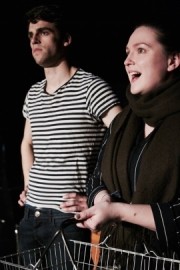 1
(no reviews)5.0
Country: United Kingdom
Based In: North of England
Performs: Worldwide
From: to be discussed

''The Cruise'' is a Comedy play following a working class couple who find themselves the lucky winners of 7 nights on a luxury ship. We follow the couple as they try to fit in in this blissful environment. The play is a hilarious farce performed by three actors.
: 0788418XXXX Click here to reveal
full number

When contacting this member, please state that you are viewing their Entertainers Worldwide profile.
Request a Quote
Share this Page:
Profile Views: 202
Need Help?
✖