You are contacting Doug Wonder 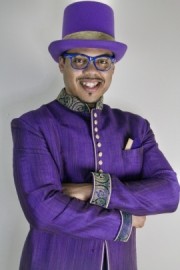 (no reviews)5.0
Country: United States
Based In: Burlington, New Jersey
Performs: Worldwide
From: $1500

I See Magic presents Wonder of Imagination an interactive experience of family, story telling , comedy and MAGIC. Doug’s show not only includes his family, but his audience as well. The show includes a magic wand and secret glasses for magic on stage and off!
: 856536XXXX Click here to reveal
full number

When contacting this member, please state that you are viewing their Entertainers Worldwide profile.
Request a Quote
Share this Page:
Profile Views: 1102
Need Help?
✖