You are contacting Denise Davis and the Motor City Sensations 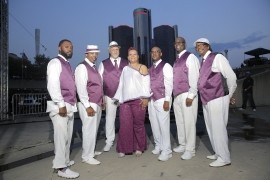 (no reviews)5.0
Country: United States
Based In: Detroit, Michigan
Performs: Nationwide
From: $1200

Denise has performed with Motown Funk Brothers and has received nominations for her singing by The Detroit Music Awards Foundation and The Detroit Black Music Awards. She has share the stage with Legends, Contours, Funk Brothers, Spyder Turner, Charles Davis.
: 313808XXXX Click here to reveal
full number

When contacting this member, please state that you are viewing their Entertainers Worldwide profile.
Request a Quote
Share this Page:
Profile Views: 286
Need Help?
✖