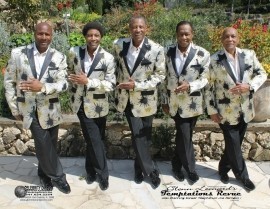 Glenn Leonard, who was the lead tenor of the Temps from 1975-83, recorded on 10 albums with the group, appeared on numerous TV specials world-wide, and circled the globe many times over, is paying the ultimate tribute to those he sang with and learned from!
: 941-624-XXXX Click here to reveal
full number

When contacting this member, please state that you are viewing their Entertainers Worldwide profile.
Request a Quote
Share this Page:
Profile Views: 229
Need Help?
✖