You are contacting The Albino Hypnotist 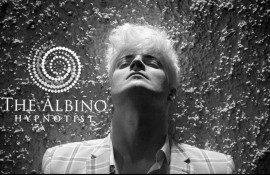 Featured on radio & quoted by the UK press as 'Scotland's next Derren Brown. This 27 year olds hilarious, headline, high energy, hypnosis & mentalist show brings a modern twist, that will leave your audiences roaring with laughter. Safe & Suitable For All.
Request a Quote
Share this Page:
Profile Views: 303
✖