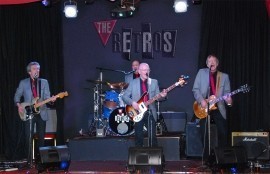 The band has played Festivals, Corporate Functions, Clubs, Weddings, Birthday Parties, Universities and Colleges in venues large and small. We have played in Europe and as far afield as Hong Kong.We have played to 4500 in Liverpool Arena, and 15000 on Regent Street.
Request a Quote
Share this Page:
Profile Views: 2279
Need Help?
✖