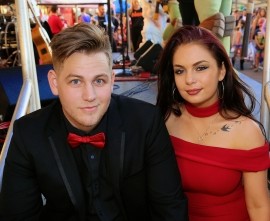 After meeting on X Factor, Chris Ah Gee and Jazzella launched themselves onto the live music scene as a duo in 2015, with a 6 month tour along the East Coast of Australia - performing in every town from Cairns to Sydney. They even managed to hit remote destinations like Mt Isa! Once they completed this massive road trip across the country, Chris and Jazz settled into a residency at The Sydney Star Casino and started performing at big corporate events in NSW such as The State of Origin. After a couple of months of performing in Sydney, Chris and Jazz embarked upon cruise ships and began sailing ... the seas whilst entertaining people from all over the the world with their funky, soul and RnB vibes. 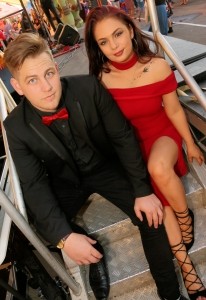 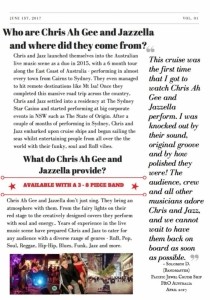 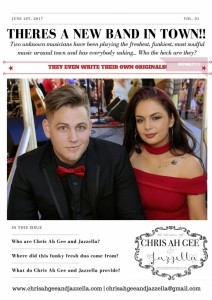