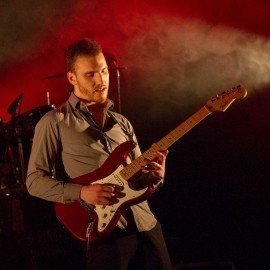 I'm an Italian electric and acoustic guitarist based in London. I graduated at the ICMP of London in 2018 and worked in cruise ships before. I'm looking for any kind of jobs, might it be in duos, bands or orchestras.
Request a Quote
Share this Page:
Profile Views: 301
Report this profile

Electric and acoustic guitarist looking for collaborations with any kind of band format as duos, trios, party bands and orchestras.

Have been playing at theatres, cruise ships, weddings, hotels, and pubs.
My over 200 set list includes songs of any genre as Pop, Rock, Funk, Jazz, Soul, Bossa Nova, Country and Blues.

Marco Fresi is a 25 years old Italian acoustic/electric session guitarist.
He started playing guitar at the age of 12, initially learning some chords/tunes shown him by friends, and successively studying with a private tutor.
He buys an electric guitar at the age of 15 and starts playing with local cover bands with which he would then perform the firsts live shows in festivals and jam nights.
At the age of 16 he was getting paid little fees for the performances of a “Nomadi” (Italian Pop/Rock Band) tribute he was part of, and during the successive three years he has also played in ... a semi-professional 8 piece R&B band named “Soul Fever”, some acoustic duos/trios and collaborated with DJs for night club functions.
Marco moves to London in October 2013, where he works as a part-time barista and collaborates with singer songwriter Oliver Sean in both studio and live sessions.
Two years later, he joins the Institute of Contemporary Music Performance of London, where he attends a 3 years Bmus degree course which has terminated in June 2018 and gives him a qualification as Bachelor in Music.
After having performed with the Syd Norman’s band on the NCL Breakaway ship, Marco is now back in London, where he plays in several professional projects as And Finally Phil Collins - tribute band performing an average of 65 theatre/hotel shows per year, Danielle Denquar Chupak - Jazz/Pop singer whom he performs in a duo, Maluanouche Trio - guitar, violin and vocal Gipsy Jazz trio, as well as other occasional session works and lessons. 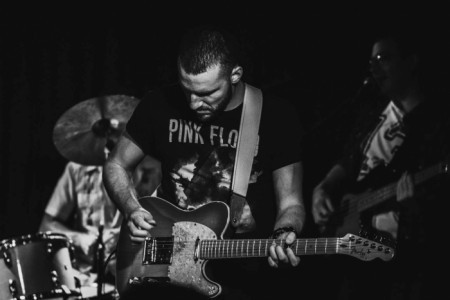 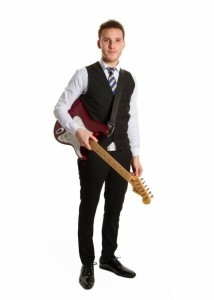 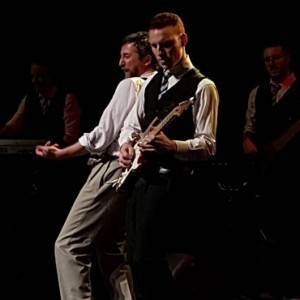 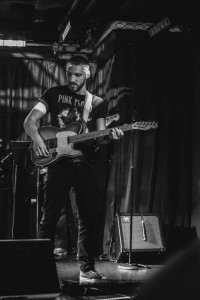 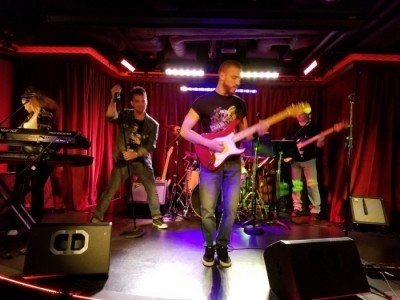 Worked with And Finally Phil Collins - Award winning Tribute band that tours regularly UK, Ireland and France.
Worked for NCL cruise lines on the Breakaway from July to December 2018.