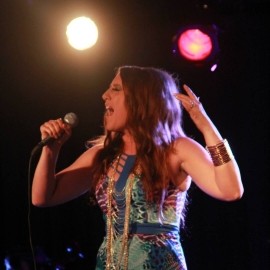 Billboard charting artist Erica Lane blows away her audiences when performing live. As a songwriter and recording artist, Erica has had success with song placement in TV, movies, and radio. She is a multi-genre musician that can wow her listeners in any setting.
Request a Quote
Share this Page:
Profile Views: 901
Report this profile 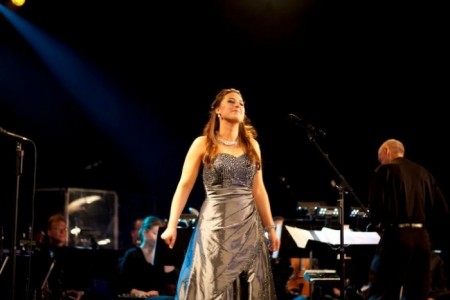 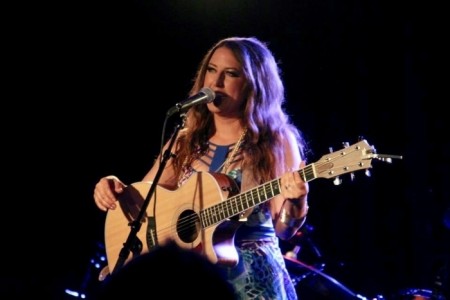 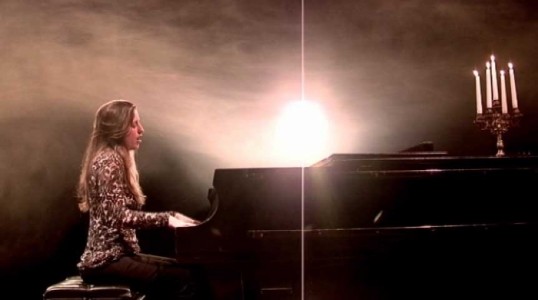 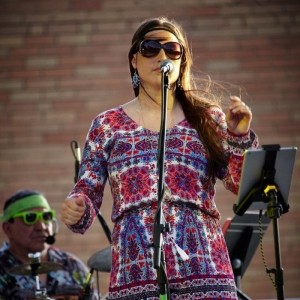 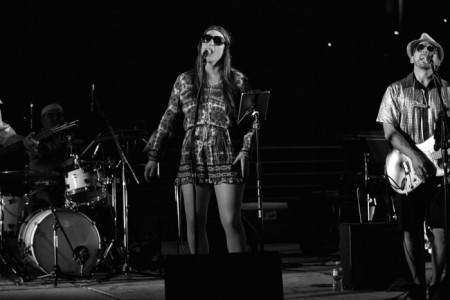 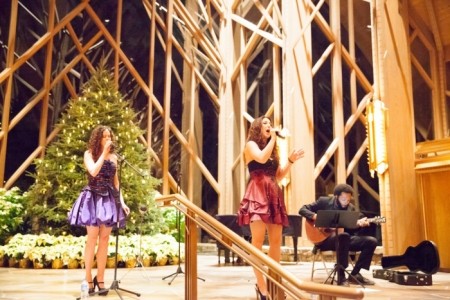 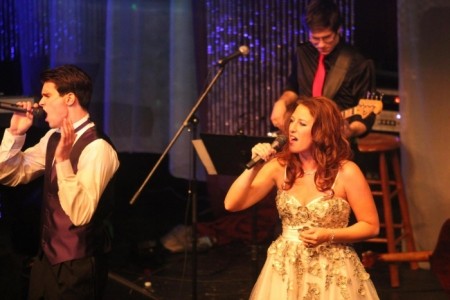 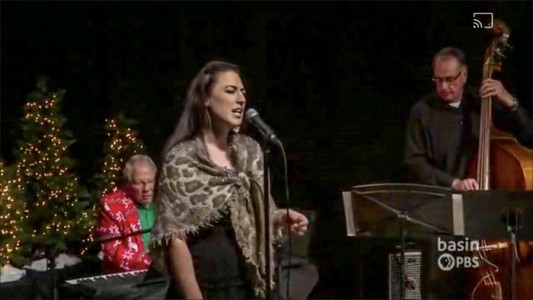 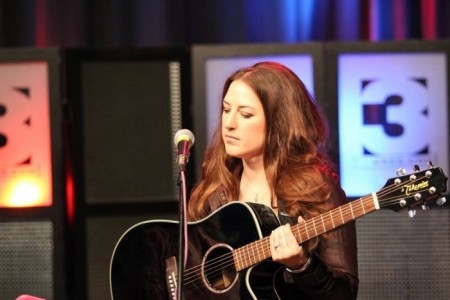 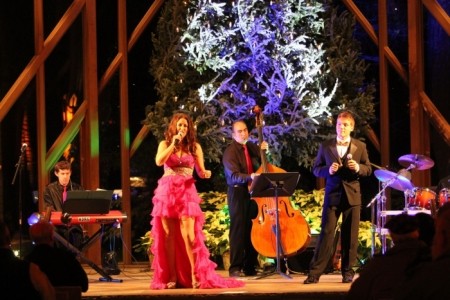 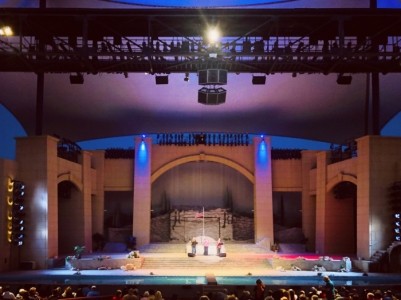 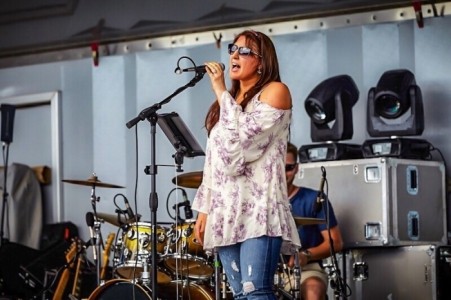 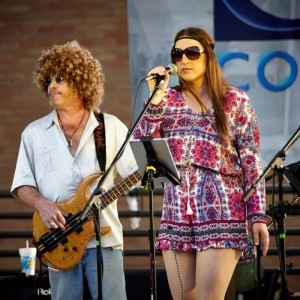 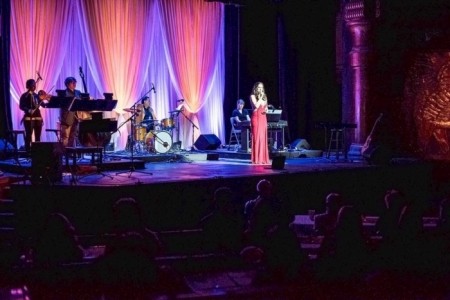 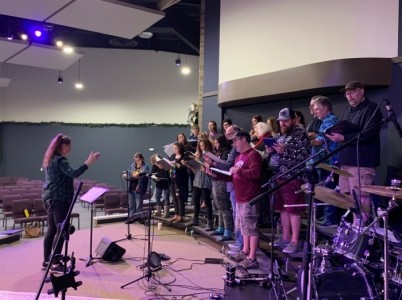 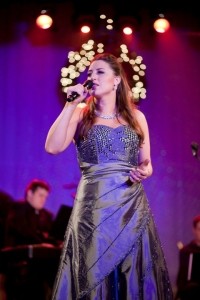 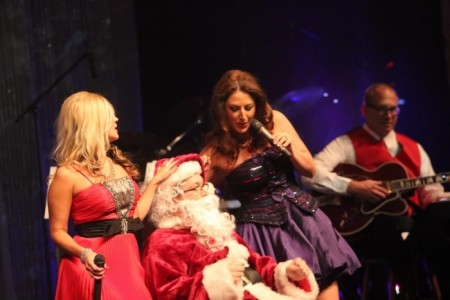 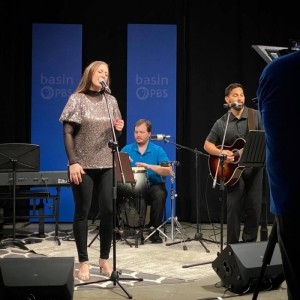 Whether it is performing at a convention, concert venue, festival, or private event, Erica Lane will compel audiences with her jaw-dropping voice and charisma. She offers full concert experiences as well as short song sets depending on the event. Erica can perform solo acts with a piano, keyboard, or guitar, and she has led full bands on numerous occasions. One of her niches is producing and performing exciting holiday shows during the Christmas season.
Erica also is a highly experienced voice and choir coach, and her students of all ages have had successes in talent contests, school region ... al competitions, and musical theater auditions. That is why she is offering online singing consultations where she will critique one's singing voice and give valuable feedback as well as steps for what to do next. Contact Erica to request more information about Erica's online vocal consultation.

In 2019, Erica and her sister Ashley (Le Sorelle) performed "Lord of the Dance", and the live recording was launched to #21 on the Billboard AC Indicator charts. In 2017, Lane's single "Wake" charted in the Top 40 on both the Billboard AC and Mainstream Pop Indicator charts, also charting at #1 on New Music Weekly indie charts. A former Miss Houston and top 10 US Miss World, Lane has toured the United States and abroad and has performed at events with notables such as Jon Voight, George Lopez, Candace Cameron Bure, and Chonda Pierce. In 2014, Lane's original music was featured on the box offi ... ce theatrical releases: Left Behind, starring Nicolas Cage and also Veil of Tears, narrated by Natalie Grant.
Lane’s music has been featured in nearly a dozen film and television soundtracks, starring actors such as Ving Rhames (Mission Impossible), Muse Watson (NCIS), Eric Close (Without A Trace) and Brian Litrell (Backstreet Boys). As she continues to produce stunning, imaginative lyrics and melodies, the demand grows for her involvement in cinematic productions.
She has made numerous television/radio appearances including the Crystal Show, Good Morning Arkansas, CBS Memphis, On Air with Tony Sweet, TBN, Atlanta Live, Music City Late Night with Ronnie McDowell, Downtown Radio in Belfast, Ireland, Sunny 99 in Orlando, Miracle Channel in Calgary, KSBJ in Houston, and many other TV and radio shows across the US, Canada, and the UK. Lane's releases have been highlighted in magazines: CCM, OnCourse, DiscMakers and many others. Lane also toured with bands like EveryDay Sunday and Tammy Trent on the All-Access Radio Tour through six states in the south-eastern US.
Erica's original song "Believe In America" was featured as the theme song for the syndicated talk show, Be The People. Her patriotic album 'Believe In America' was sponsored by US Wings, Inc. and uniquely distributed to its company's clientele.
Her original "Angels In The Snow" was featured in the movie, A Christmas Snow, also noted on her album, A Merry Little Christmas, which was chosen by OnCourse Magazine as the Classic Christmas Standout for 2011. Lane has also starred in a family friendly reality TV series, Inspired Ambition, syndicated on national and international networks (FamilyNet, JCTV, Cornerstone TV) in the US, Canada, Africa, Estonia, Finland, Poland, Romania, India, and others.
Lane has also guest starred in commercials for Chili's and Superbowl pre-game as well the TBS series, Daisy Does America, produced by Courtney Cox and David Arquette. Lane has performed benefit concerts in support of Give Kids The World Village in Orlando, FL.
She was an artist ambassador for GFA's Women Reaching Women as well as the executive director for CWIMA's National Music Showcase for Women.
Venues featuring Erica Lane have included the Cleveland IX Center, Dallas Convention Center, Beverly Hills Moondance Festival Awards Gala, The Hard Rock Cafe in Nashville, Rocketown, Billy Graham's Cove, The Texas Amphitheatre, Johnny High's Music Review, Tennessee State Fair, Lincoln Theater, Lifelight Festival, and many others. Lane's Christmas tour frequents historic theaters and churches throughout the U.S. every December. For more information about Erica Lane, visit www.EricaLane.com.

Erica Lane will provide a critique of your singing voice and consult on your next steps as a singer musician. 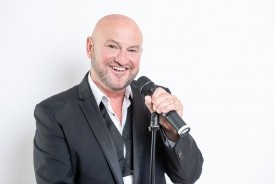 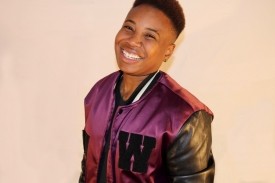