I'm looking for:
near:
Or click here to view a list of all locations
Search Results For: Michael Jackson Tribute Acts / United Kingdom / North of England / North Yorkshire / Middlesbrough

Find the best Michael Jackson Tribute Act in Middlesbrough for your Wedding, Party, Corporate or other Event Entertainment in minutes!

With us you can enquire & deal 'directly' with a Middlesbrough Michael Jackson Tribute Act...that means no middle man & no 'Agency Fees' added!

MICHAEL JACKSON - ETERNITY
Available in Middlesbrough
Based in: England, London
(35 Reviews)
From: UK£635
TOP MICHAEL JACKSON Tribute, DANNY OLIVER captivates crowds across the world with his electrifying show in tribute to the greatest selling Artist of all time. Danny has performed with those who have worked with Michael, for top celebs and even for MJ Himself.... (more)
View Full Profile Contact Me / Request Quote

Jay Styles Michael Jackson
Available in Middlesbrough
Based in: Chatteris, East of England
(no reviews)
From: 400
GREAT SOUNDALIKE LOOKALIKE DANCELIKE One of the world greatest tribute acts in the world ... (more)
View Full Profile Contact Me / Request Quote

Michael Jackson tribute
Available in Middlesbrough
Based in: Dunstable, Midlands
(no reviews)
From: £1200
Bringing to you the magic of the “King of Pop” with show stopping, live, high tenor vocals, slick choreography and energy, by re-creating some of his most memorable performances, from the 70’s with The Jacksons, through to the mega stardom hits of the 80’s and 90’s. ... (more)
View Full Profile Contact Me / Request Quote 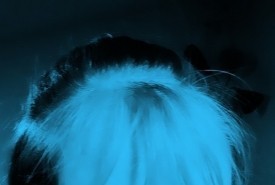