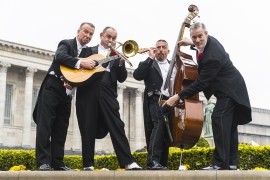 One of the most experienced and established 1920s & 30s musical acts in the UK, The Casablanca Steps are four individually talented musicians and entertainers, totally unequalled in their field. Their unique sound and authentic three-part vocal harmonies, combined with a quintessentially English visual element of serious “tongue-in-cheek” humour, recreate the authentic musical ambience of the 1920s & 30s, when “The Charleston” was all the rage, and the “Swells” were “Putting on the Ritz”.
Not only have they performed internationally on some of the world’s finest cruise ... ships, at the most luxurious hotels and at such diverse locations as New York, Taiwan, Dubai and Paris, they have also appeared on over 40 TV shows worldwide, including Ireland’s famous “Late Late Show”! And following on from The Casablanca Steps recent appearance on BBC1’s, The One Show, they will now also be appearing in episode 6 of the second series of ITV’s ‘ Home Fires’,
performing a song that they specially recorded for the hit drama. This is due to be broadcast in the spring of 2016.
Many celebrities and members of the Royal family have also been known to enjoy the odd evening’s entertainment with The Casablanca Steps – in particular Prince Philip, during their show for him at St. James’s Palace.
Their 2013 performances at Henley Festival with The Beach Boys, Jamie Cullum, Madness and Paloma Faith were just another thrilling chapter in the career of the masters of monocolism.
Guaranteed to be the entertainment highlight of any occasion, their ability to break down the arts barriers with their outstanding mad cap visual performance, combined with compelling music makes their show an exceptional experience for all ages.
So Indulge in an evening with Wooten, Clarke, Archie and Pico – four great performers who really know how to entertain. 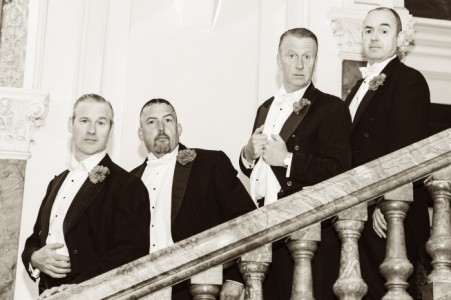 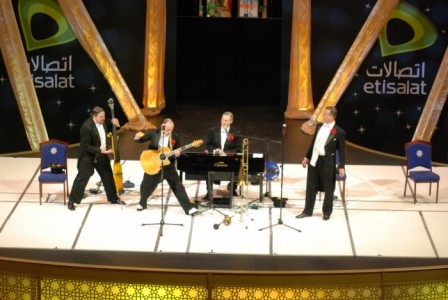 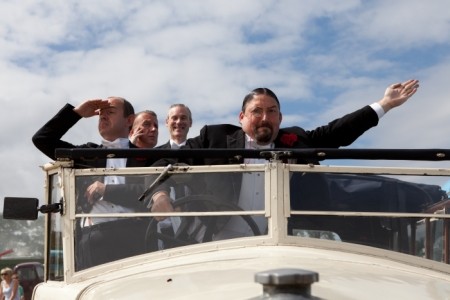 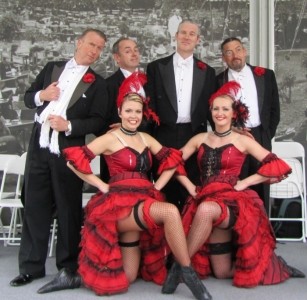 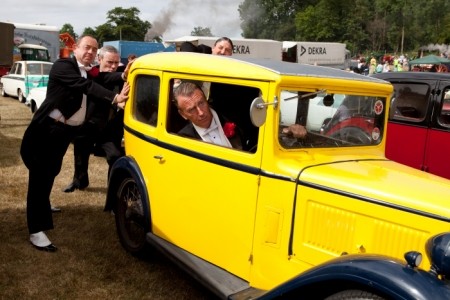