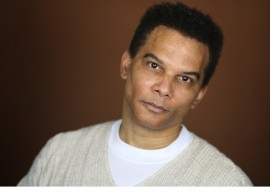 I specialize in the genres of Broadway, Pop, Jazz Standards, Gospel, and Adult Contemporary. I've been singing for churches, schools, political rallies, weddings, clubs... since birth... I love music and I sing with an organic honesty throughout all my songs.
Request a Quote
Share this Page:
Report this profile

The services I provide are those of an artist, specifically, me as lead and solo singer. My service to the general public is heralded with songs of upbeat and positive meaning and time-honored appeal. I begin some of my shows with a Stevie Wonder selection, "You Are the Sunshine of My Life," while other shows have a different opener depending on my audience demographic. Often, you'll find me mixing in with the audience or certainly directly appealing to them through song or a much beloved sing-a-long number. My musical set can be anywhere from 50 minutes to an hour depending on a few variab ... les with my client. I provide lead singer status in my shows. I enjoy having a three person background singer platform for my varied numbers that so call for background voices. Somewhere in my show I always like to include a spiritual number or two as a direct correlation to musical development and history. I sing tributes to several artists such as Al Jarreau, Johnny Mathis, Sammy Davis, Jr., a Motown Review, Frank Sinatra, Tony Bennett and more. I sing male and female voices on songs in my set sometimes, like the songs of Dione Warwick, Whitney Houston and more.

The vocalist, song stylist and balladeer Aubrey Barnes, an East Carolina University alum, who holds a bachelor's degree in music and drama - along with departmental honors, can be found singing in renown and revered jazz venues in New York City and in the tri-state area and particularly in his beloved Harlem, where the musical doyen hones his musical gift. This musical veteran has toured with gospel choirs, singing in Madison Square Garden; featured soloist for Miss Black Teenage World Pageant; leads in dozens of community and professional theatrical works including "Westside Story," "Home" a ... nd "Pippin;" lead in-house singer for The Grand Hotel, Washington, D.C.; lead singer for the R&B group Flavour; featured soloist and singer/dancer in Opryland's "Music, Music, Music;" has toured California with his band and orchestra; jazz singer at New York City's MIST Harlem, Gin Fizz, Showman's and more; corporate and charitable organizations singer such as FFCMH; recently was found singing the songs of Smokey Robinson, Lionel Ritchie, Marvin Gaye and other superstar Motown Artists in a fit paced musical experience aptly name "Forever Motown." Aubrey Barnes is working on his much -anticipated solo CD with former Johnny Mathis pianist Frank Owens due 2022. 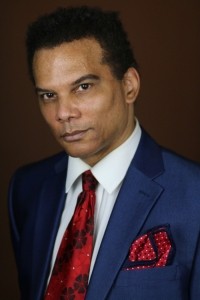 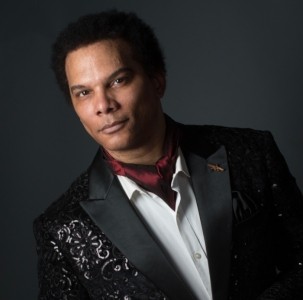 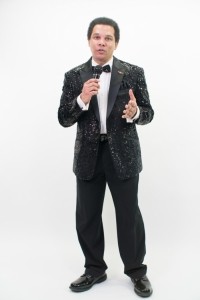 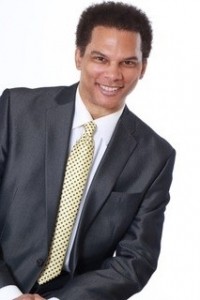 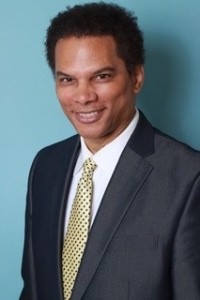 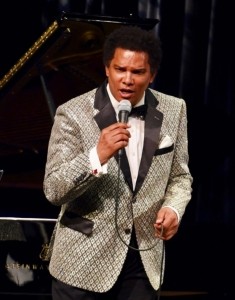 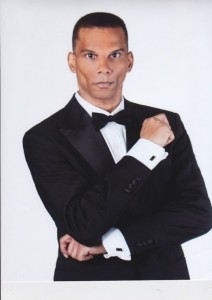 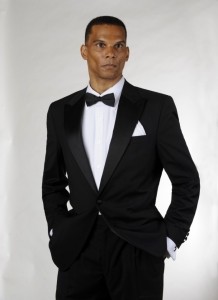 My experience as a singer began while singing in a church play. I was five years of age and sang the spiritual, "Swing Low Sweet Chariot." Even though I grew up in a household full of music, I was somewhat perplexed at being asked to sing this song, but sing it I did and fell in love at first sight with, not only singing but with the musical experience itself! My confidence grew directly as a result of singing in the public eye and singing in the public has continued to the present. Along with the church plays, came community theater which was fascinating to me...I experienced the joys of ... portraying characters fictional and non-fictional in nature - while sharing in song! I was over joyed with my life in music!! I had found my purpose! My experience has been multi-faceted in that I sing a broad range of musical genres because of my upbringing. My mother introduced me to music spanning several genres of music: spiritual, jazz, gospel, orchestral, symphonic, chorale, opera, r&b, pop and broadway. I have a solid foundation in all of these genres and they tend to influence my work in any genre. The joys of the singing experience must be underscored here: I simply am music and voice and love singing to the audiences! The standing ovations I receive support the continuation of this work, while feeling the love I'm giving to the audience!

* The beginning of New York City's experience of the pandemic was the ending of the "Forever Motown" show I was in. Musical Director Gary Cupper; producers Larry Marshak and Gary Garzandas; Talent coordinator Tracey Robinson-Greene. Lead singer and dancer with the Temptations Review, sang Motown greats!
* I was featured entertainment for a charitable event; "Entertainment Gala 2019 (9.'19)" for Project Find, an organization that finds housing for the aged in the arts. Coordinator Kathleen Fitzgibbons.
* "Parnell's" an upper east side swank Irish Restaurant/Pub, where I did several ... jazz shows. Booker: Cheryl Ellner
* featured singer at Hargrave Senior Center under musical direction by Frank Owens; a weekly event with my extended show on 1.28.2020

Aubrey Barnes' acting experience is formidable. His pre-professional experience includes; church plays and lots of community theatre all prerequisite for the professional stage with which Aubrey has taken. Professional film background work in films such as "Hitch," starring Will Smith; "Spiderman I & 3" featured; and "What Women Want," starring Mel Gibson plus many more, have set the tone for Aubrey's continuing evolution as an actor. While he has an abundance of film/background and feature credits, his theatrical stage works is also ample: leading roles in great works such as "Home," playi ... ng Cephus Miles; children's theatre standard "Androcles and the Lion," playing, of course, Androcles; along with Jesus Christ Superstar" and Pippin" round out some of the leading roles the phenom actor has starred and played in. There is a musical video of Aubrey Barnes as the lead actor in Bebe and CeCe Winans' video, featuring Whitney Houston aptly named "Celebrate New Life." Extensive credits to acting coaches since his university days. He is constantly studying his craft, taking classes, which his resume will attest. Aubrey Barnes can play virtually any role given him...

Aubrey Barnes began modeling at his alma mater, ECU, when approached by then veteran photographer Chap Gurley who told Aubrey he saw something in him absolutely stunning and worthy to be photographed... Ever humble, Aubrey recites how he simply took Chap up on his offer and did a photo shoot with him, the rest is history, albeit not completely within the area of interest to this artist at the time, Aubrey has gone on to shoot with several photographers for stock and various projects. Aubrey's model good looks are a great selling point for this artist!

Music, movies and film are the hallmarks of my entertainment experience having taken root very early in my life - really around four-five years of age, listening to the music my Mother sang and played on her devices. I come from a very large family: I have 16 matriarchal aunts and uncles and 14 patriarchal aunts and uncles, along with their very large families... tons of cousins! It was quite common when family visited or when we visited family, for us children (cousins) to get together and play, sing and dance to each other, seeing what each the other could do! When we get together now, we ... simply ask each other what we're doing...
I'm into track & field for sports, as well as, basketball, soccer and professional boxing though I'm shying away from boxing... My eating style has morphed into veganism, which I truly enjoy! I love going to concerts and having house parties with friends and family! I love traveling around the globe; to date I've been to France, Germany, Amsterdam, Mexico while I've plans to visit West Africa next year. Paris has a very special place in my heart, as does the French countryside, so far! I'm into the culinary arts - started cooking at 6 years of age under my mother's tutelage , reading, writing, photography, meditation and gardening, networking and more!

Aubrey Barnes is working on a much anticipated solo CD project that will showcase the jazz standards of the time-honored songs of the Great American Songbook. CD is tentatively scheduled for release in the Spring of 2022!

I sing the jazz standards from the Great American Songbook, the music of Duke Ellington, Cole Porter, the Gershwin Brothers and more. I'm a solo act with an accompanying pianist and or quartet with three backup singers upon request. I, also, sing Broadway Standards, Pop music, Adult Contemporary and Gospel/Spirituals