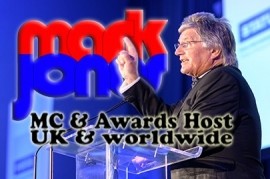 Mark Jones is the perfect host for awards, black tie events, galas and sportsmen's dinners; he is entertaining, professional and experienced. Mark works across the UK and worldwide and has been voted ‘Best Event MC / Awards Host UK & worldwide’ for the past 5 years.
Request a Quote
Share this Page:
Profile Views: 4684
Report this profile 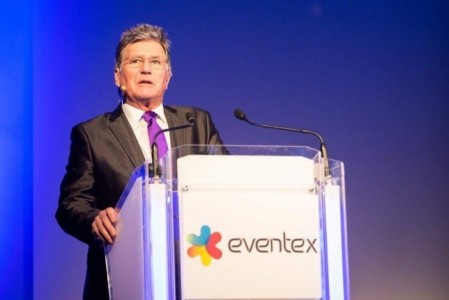 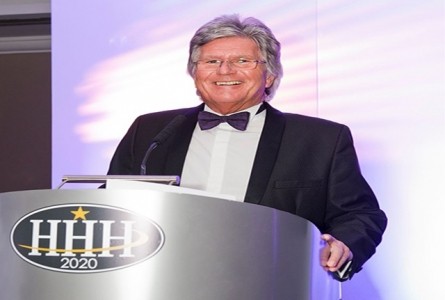 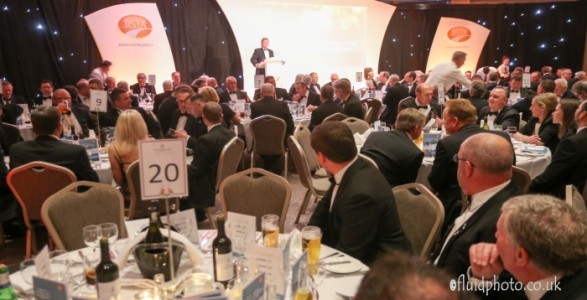 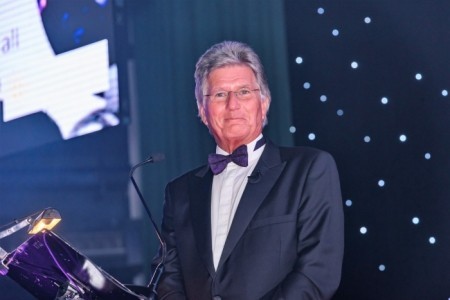 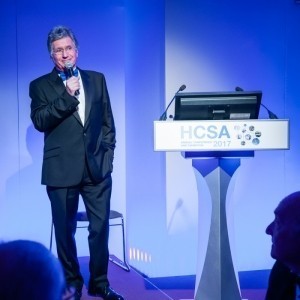 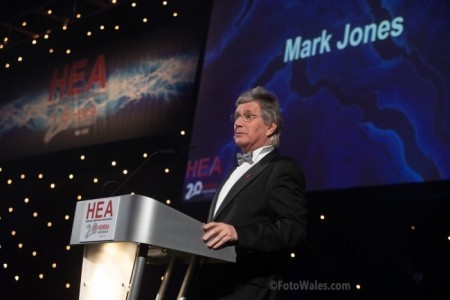 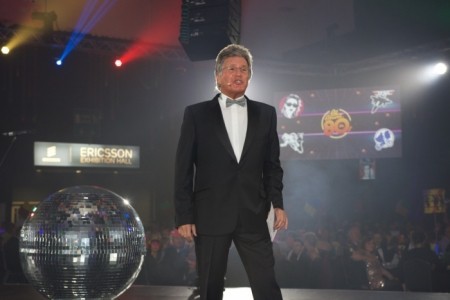 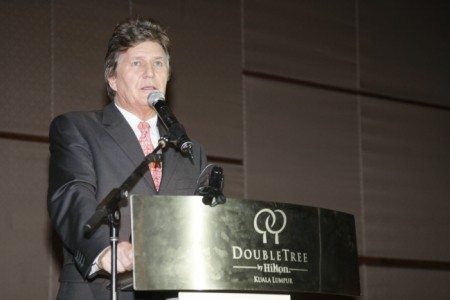 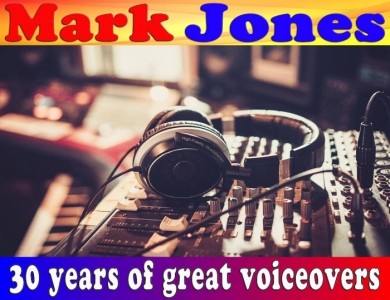 Mark Jones is an entertaining, award-winning and experienced MC who hosts awards, sportsmen's dinners, Q&A’s, fundraisers, black tie events, conferences and more, throughout the UK and worldwide. Mark travels the world hosting prestigious awards and other events, plus he was the live host for Sky Sports' Master Football Tournaments for over 10 years.
Mark was one of Liverpool’s Radio City’s top presenters (for more years than he cares to quantify) during their illustrious heyday, and he presented breakfast shows at Magic 828 (Leeds), Manchester’s Magic 1152, Great Yorkshire Gold/Mag ... ic AM (Yorkshire-wide) and both of the north west and east Midlands regional Century Radio (now Smooth) stations, plus radio stations in the USA.
For over 20 years, Mark has hosted countless corporate and private events; he's been the host for Man Utd's Player of the Year awards annually since 2001 and the International British Sri Lankan Association awards for almost 10 years. He's appeared in all four corners of the UK and has been voted 'Best Awards Host / MC - UK and worldwide' in 2018, 2019, 2020 and 2021.

Mark hosts countless awards, sportsmen’s dinners and fundraisers **many of his events are repeat bookings.
He's available to host events in the UK and worldwide.
He fronted a very successful ‘sportsmen’s-dinners-for-the-troops’ tour in 2000 across war-torn Kosovo with some of England's World Cup winners, and he's even hosted world-renowned dog show, 'Crufts', at the NEC in Birmingham!
In just one 12 month period, Mark appeared in Brunei, made three trips (coast to coast) across the USA, plus trips to host events in Malaysia, Portugal, Germany, Switzerland and Hungary. A total of 41 ... flights and over 123,000 miles. In addition to that, he continued to host events across the UK.
Mark has hosted Manchester United’s Player-of-the-Year awards every year since 2002. He’s been live MC for all Sky Sports' Masters Football Tournaments since 2001, hosting their events in all the UK arenas, plus those in Dubai, Kuala Lumpur, Brunei and Macau, China. He also presented all the live TV interviews. Mark has covered Rugby League and cricket, featuring on Channel 4 and Sky Sports on the ODIs, Tests and County matches, where he presented the televised interviews with Sir Ian Botham, David Gower, David 'Bumble' Lloyd, Michael Holding and the late, great Richie Benaud.
In 2001, Mark was very close (much, much too close) to New York's Twin Towers during the 9/11 terrorist attacks. He spent that day as a Salvation Army volunteer helping Emergency Services and First Responders, and for the rest of the week he reported ‘live’ from Ground Zero for UK radio.
Mark Jones has unparalleled experience as one of the UK's top radio presenters. He initially made his name at Liverpool's Radio City during their illustrious heyday, and an award-winner with a Sony® for hosting the 'Biggest Solo Concert In History' -Michael Jackson at Aintree racecourse - where he entertained the crowd of over 125,000 all day from the stage. He was regularly voted ‘Presenter of the month' and received numerous accolades from the Variety Club of Great Britain, where he is a Barker. Mark regularly records and produces in-flight entertainment programmes for airlines, specialising in comedy and Classic Rock shows from his home studio.
Mark covered Manchester United, Celtic and Liverpool’s pre-season American tours for UK radio too. After several successful years broadcasting on the two Century FM regional stations (now Smooth Radio), Mark returned to host a daily networked programme. He was regularly heard on Manchester’s Magic 1152 (formerly Piccadilly Radio) too. He has even spread his experienced wings (and tonsils) overseas, and featuring on American radio stations WEFT and Q-96 in Champaign, Illinois, where he also hosted the American Heart Association's black-tie fundraising dinners where he helped raise record-breaking amounts in the auctions.
​
Not limiting his talents to radio, Mark has written and published several books, including the best-selling ‘Mark Jones’ Birthday Book’, which became the definitive UK Radio reference book.
​
Experienced Professional Reliable
The PERFECT host for awards, sportsmen’s dinners, Q&As, conferences, corporate events, fundraisers, quizzes, music events & more.
Mark Jones works across the UK & Worldwide

For more than 20 years, Mark has travelled extensively across the UK and worldwide hosting awards, sporting dinners, black tie galas, conferences, etc., and as host of all Sky Sports TV's Masters Football UK tournaments and their International tournaments in the Middle East and Far East.
Mark specialises in hosting awards / sporting dinners / conferences / fundraisers / gala dinners, where he's very experienced and adept at adding sparkle to scripts (...plus his natural quick wit and ability to think on his feet and adlib) always makes for an entertaining event!
Mark was one of Liverpoo ... l’s Radio City’s top presenters (for more years than he cares to quantify) during their illustrious heyday; he's also presented breakfast shows at Magic 828 (Leeds), Great Yorkshire Radio network, Manchester’s Magic 1152 and both Century Radio UK regional networks (now Smooth Radio ), plus radio stations in the USA.

Here are a few testimonials:
Mark Jones was excellent as MC, he had the room laughing most of the evening, kept the whole event running to time (something I was particularly worried about) did everything we requested of him and more, so much so we would like to book him again for our event next year... The feedback was extremely complimentary; we have been running this event for 30+ years using various people as MC they all assured me Mark was the best ever...
Kathy McCracken, Admin. Manager, Road Surface Treatments Association, Wolverhampton.
They were a difficult crowd to please, you ... did an exceptional job! Well done!
HRH Sophie, Countess of Wessex (at official opening of Aquavale Leisure Complex, Aylesbury, Buckinghamshire).
​
Thank you to our wonderful auctioneer @MCmarkjones and to all our bidders!! Staggering amount raised!! [over £50k] Penny Moore, CEO, Hospitality Action Charity, London (at Royal Lancaster Hotel, London).
​
Thank you very much, it was a great pleasure working with you... you did the job [at The ACC -Arena & Conference Centre- Liverpool] perfectly! Hopefully we’ll meet again in the future...
Jessica Nuttall, Events Manager, HGA Creative Ltd., Manchester.
​
(2012) I just wanted to say a big thank you again... you did a great job and went down really well (again!) People were queuing up to sing your praises at the end of the evening...
(2016) Nice one Jonesey! You were excellent last evening. So many people said it was the best one yet. Personally I thought it was superb and a lot of that was because of you. You were great...
Chas Banks, Secretary, Manchester United Disabled Supporters’ Association.
​
…a massive thank you for everything you did last night. We raised over £8,000 which we are absolutely delighted with… from the feedback we have been receiving all day everyone loved it.
Vanessa Simmons, Teenage Cancer Trust.
​
Thanks for a great job. I thought that your hosting of the entire Masters’ series was spot-on!
Steve Black, Director, Masters Football (Mark hosted Sky Sports’ UK, Dubai, Malaysia, Brunei and Chinese Tournaments).
​

Mark is an entertaining, award-winning Master of Ceremonies and event host.
He's available to host awards, black tie events, sportsmen’s dinners, charity fundraisers and more, in the UK and worldwide, both LIVE and VIRTUAL.
Mark hosts events professionally, with warmth and humour.