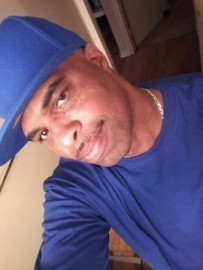 (no reviews)5.0
Country: United States
Based In: Texas
Performs: Worldwide
From: 500.00

Traveled to Europe and Canada to Dj, been all Over the USA As well, Currently a mix Show DJ
: 210538XXXX Click here to reveal
full number

Beena DJ over 20 years now, Played in Canada in over 15 clubs, been to German and London for a few sets there. here in the united States I have been all Over.
Mix show DJ and very good with Blending songs together.

DJ T-Nyce (aka T. Thomas), also known for his work in the live radio and as a tour DJ, is a Producer and DJ based out of Texas and other parts in Europe and Canada He creates and performs Hip Hop, R&B and radio Mix shows, including remixes of club and hip hop favorites, dub step, trap mix;s or his favorite slows hour.
Starting his career as a DJ at a well known spot in Oklahoma City, and ventured out to becoming International from the states to Europe and Canada , covering various styles and genres with a focus on dance music and hip hop, DJ T-Nyce began creating his own hybrid of hip hop and ... blend music into a club sound that fits as well in theaters and festivals as it does on dance floors.
With over 200 full length mix CD's released on Street Grind Ent. Records, and more then 8 radio stations keep his mix shows in rotation and re-broadcast-ed world wide. DJ T-Nyce is one of the most sought out radio producers and remix artists of his time . Being a co-founder