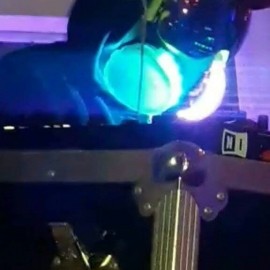 1
(no reviews)5.0
Country: United States
Based In: New Jersey
From: Contact

GR3G HUNT was born in the parts unknown. He was raised in the darkness Lake Valley,DJ & producer Gr3g Hunt is a name needing little introduction but deserving acclaim. Having built a career and reputation He was first introduced to the electronic music scene in the rave
Request a Quote
Share this Page:
Report this profile

GR3G HUNT was born in the parts unknown. He was raised in the darkness Lake Valley,DJ & producer Gr3g Hunt is a name needing little introduction but deserving acclaim. Having built a career and reputation He was first introduced to the electronic music scene in the rave phenomena. Originally producing house and techno. In 2006, he decided that he was going to make anything EDM including sub genres and hardstyle.. All production under the name GR3G HUNT is original. As his image to transend to sound one of the first individuals to bring the apocalyse culture to America (in one of the electronic ... world, GR3G HUNT is in that group mystory DJ's Producers gang that we all wonder what he looks like.
GR3G HUNT has had his own radio show, and played along side of DJ dougie fresh from the rap group the get fresh crew, played shows with DJ duogie fresh, he has also done shows with Pauly d from jersey shore, flux pavilion, anamanaxuchi and virtual roit. This veteran DJ and producer is no stranger to the underground house, edm, scene. his skills and signature sound of house and edm music out top the masses and quickly became known as one of the premier edm DJ’S throught the world.. the demand kept growing for his talent as a DJ, leading way to the next logical and creative step, the creation of his own music. GR3G currently has numerous remixes, remix the remixes and original beats…
that gave him top 100 mixcloud charts to the top 20 mixcloud charts over twenty times every year. Gr3g has has over 25,0000 plays on soundcloud. Gr3g has definded the word production in production with his fx and showmanship that will leave your wanting to come back with more. his live shows he feeds off the crowd to throw it back 10 folds. branding himself with companys that he loves and beleaves in.
while this humble, authentic and charming musician has grown from club DJ to festivals this record producer with grace and ease taking success in his stride. Having trademarked his unique infusion of house, electro, future bass, trap, dub step early on, his music continues to inspire and evolve whilst still remaining true to the very core of the Hunt sound.