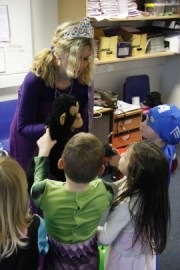 (no reviews)5.0
Country: United Kingdom
Based In: Hertford, London
Performs: Nationwide
From: Prices start from £80 per 90 minute show, prices vary on location (to cover travel).

Comedy Loulou puts on a one and a half hour stage show which involves plenty of audience partipation. A modern princess who aspires to be as funny as mr Tumble and as famous as Mr Bean.... 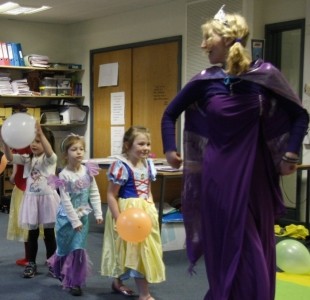 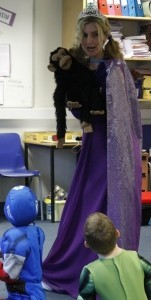 Sara Louise Campbell plays the children's comedy character "Comedy Loulou". Sara toured for three years with Theatre for Youth, a children's theatre company based in Manchester. It was while touring she discovered her ability to make children laugh and has since lead standup comedy workshops to children. Children are the biggest critics and therefore Sara adores the challenge and hence how she was inspired to create the theatrical and comical "Comedy Loulou". Sara is also a drama tutor.

Request a Quote
Share this Page:
Click here to view more Childrens Entertainers in London
Browse all Entertainment Hire options!
Looking for a different type of entertainment? Search NowContact Us