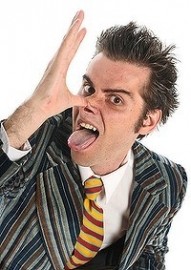 (no reviews)5.0
Country: Australia
Based In: Melbourne, Victoria
Performs: Worldwide
From: fee calculated depending on distance from base (Melb Australia) please enquire mail@mrsnotbottom.com

Mr Snot Bottom is a deeeesgusting kids comedian brimming with all the gooey, smelly and yucky topics kids love! Be repulsed by horrible stories, gross gags and just wrong routines in this rollercoaster of weirdness that is perfect for kids aged 4-10.
With hilarious audio-visual effects and a cast of bizarre characters the Mr Snot bottom show is guaranteed to make children and their parents groan, gasp and howl with delight.
With sold out shows and rave reviews at the Melbourne Comedy Festival, Sydney Comedy Festival and Edinburgh Fringe, Mr Snot bottom will transport you to a crazy, joyou ... s world where families can laugh together.
“kiddy stand-up at its best. ★★★★” Adelaide Advertiser
“unashamed and brilliant…. it was stinky, it was silly, it was fun. ★★★★” Broadway Baby
“A well crafted & hilarious comedy for kids of all ages that was delivered with style.” Australian Stage

Mark Trenwith is an Australian based stand-up comedian whose colorful and clownish style has seen him earn many Australian film and TV projects including “Peaches” starring Hugo Weaving and a major role as super-hero ‘Bounce-Back Man’ in ABCTV's children’s program “Being Me”.
Mark has performed various self-devised stand-up shows across the Melbourne Comedy Festival and Adelaide and Edinburgh Fringes as well as many children’s theatre shows including “Thomas The Tank Engine and Friends” and “Ben Ten The Live Experience.”
Mark also appears regularly as ‘Captain Starl ... ight,’ a super-hero who entertains ill children at the Royal Children’s Hospital and is a previous Adelaide Comedian of The Year Winner and Melbourne Comedy Festival Mooshead Award Recipient. 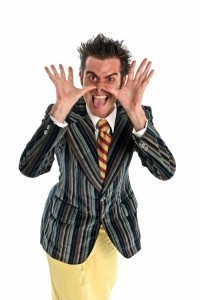 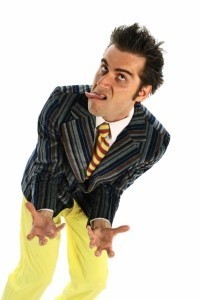 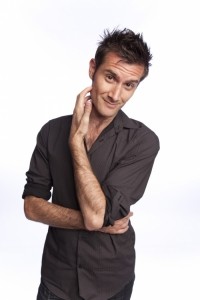 Request a Quote
Share this Page:
Click here to view more Childrens Entertainers in Victoria
Browse all Entertainment Hire options!
Looking for a different type of entertainment? Search NowContact Us 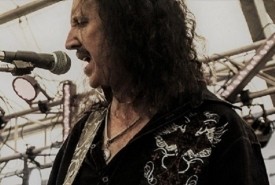