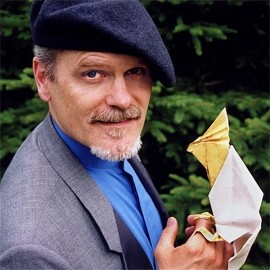 When contacting this member, please state that you are viewing their Entertainers Worldwide profile.
Request a Quote
Share this Page:
Profile Views: 1104
Report this profile

VISUAL ART meets VAUDEVILLE
CIRQUE du PAPIER & DryClean Humor Co.
Experience An Elegant International Interactive Entertainer Keeping Curious Crowds Captivated Executing Expressive Eloquent Utterances and Quoting Copious Quick Quips while Kinetically Conjuring A Colorful Carnival Carousel Caravan of Crazy Cool Crisp, Creatively Complex, Cleverly Constructed, Exclusively Crease-Crafted, Exquisite Quality Converted Quadrilateral Exotic Creature Caricature Curio Keepsakes Close-up Under the Crimsom Canopy! Conflating An Incontrovertibly Copacetic Confluence of Art and Science, Of Science and Ma ... gic; of Magic and Mathematics, Of Mathematics and Entertainment! Of Enter. . . well you have the idea!
Not your grade school teacher's origami! Cirque du Papier is a mind-bending, paper-folding, your-world-ain’t-flat-no-more experience. Meandering event guests discover Folder Fantastique, Michael Roy Baldridge deftly displaying dazzling digital dexterity, morphing single flat squares of paper into 3D creatures by mere folding. No cuts. No tears. No glue. And no table! Without missing a crease, interactive performer, Michael Roy simultaneously (and at the same time!) keeps guests amused with a nonstop stream of offbeat witty repartee and useless (yet strangely fascinating) information, revealing the secrets and history of folding art. Guests marvel as Michael Roy works magic, with amazing manipulations, quick wit, and cool “transformers”.
And his mesmerizing MicRo Gallery displays pretty paper party pet caricatures so cool everyone will just have to have one! To “win” a colorful creation of exquisite artistry, elegantly executed right before their eyes, Michael Roy will engage your guests in carnival games, puzzles, riddles, and other attractions and interactivities. The best part? Your guests are always part of the show and may go home with an oh-so-cool keepsake!
Whether hanging out with guests at his MicRo Gallery of Origami Art or mingling among event guests, Cirque du Papier performer, Michael Roy, Folder Fantastique is appropriate wherever fine and fun close-up entertainment is needed. From high-end events to small parties, the fine art of entertainment for the discerning. 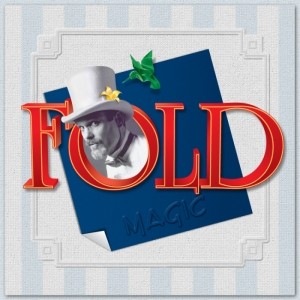 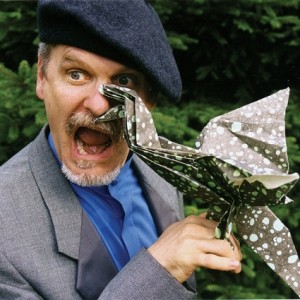 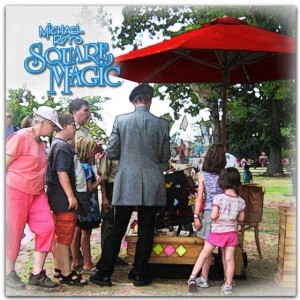 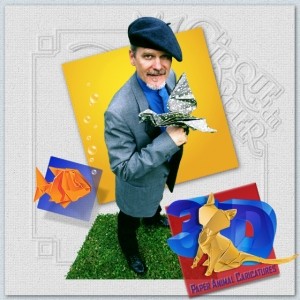 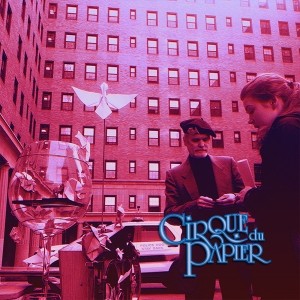 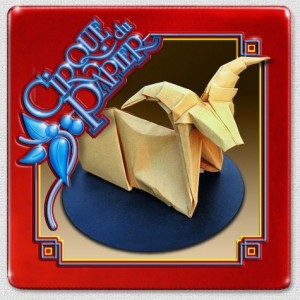 Cirque du Papier - Other Speciality Act - Kent, Ohio Event Location: Columbus Museum of Art, Columbus, Ohio Event Type: Corporate Cocktail Party 6th September 2016
Michael and his team did an excellent job at our recent corporate event. All of our guests were amazed at Michael's origami skills. Plus they all have a special memento from the evening. Thank you, Michael, for bringing your unique talents and artistry to our event!
Reviewed by: Robert Malench, NiSource
Cirque du Papier - Other Speciality Act - Kent, Ohio Event Location: The Colorado Convention Center, Denver, Colorado 80202 Event Type: ATD International Conference 23rd May 2016
We really enjoyed having you there and your artwork was certainly a real draw so thank you for coming along with us. I have to say, I received a number of very complimentary comments about how you handled discussions with our prospective clients at the booth and your general professionalism. Thanks again and needless to say, we'll certainly bear you mind for future events.
Reviewed by: Ben Clarke, Hemsley Fraser
Cirque du Papier - Other Speciality Act - Kent, Ohio Event Location: Churchill Downs Louisville, Kentucky 40208 Event Type: Kentucky Derby 6th May 2016
"Michael, Just wanted to drop a quick note and say THANK YOU for being a part of Derby 142. We enjoyed having you and I think your services added a unique experience for our guests. I hope you enjoyed your time at Churchill and if there is anything I can do for you going forward please do not hesitate to let me know. Thanks
Reviewed by: Jared Ellis, Event Manager
Cirque du Papier - Other Speciality Act - Kent, Ohio Event Location: Maysville, Kentucky Event Type: Arts Festival 16th August 2014
I cannot find enough superlatives for Cirque Du Papier. Michael was a pleasure to work with. Originally we had planned for Michael to showcase his art as a strolling performer. But as soon as he set up his Gallery of Origami, children and adults alike flocked to see his artistry. He performed nonstop due to the throng of people who wanted to see him. When performance time was over, he graciously agreed to perform until the crowds abated--over 2 hours later-which we happily compensated him for. His engaging style and amazing talent make him a perfect fit for any occasion, and I hope we can have him here again in the future!
Reviewed by: Robert Roe, Arts Commission
Cirque du Papier - Other Speciality Act - Kent, Ohio Event Location: Top of the Standard - The Standard Hotel, New York, NY Event Type: MGM Resorts Int'l Client Party 23rd September 2013
Thank You very much Michael, we were really happy with the event outcome in addition to your services! Hopefully we will be in touch again for another event here in NYC!
Reviewed by: Amanda Pierce, VAvoom Events