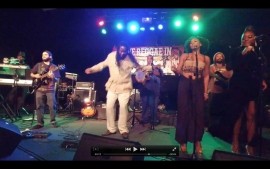 We are a Roots Reggae Band that do Original Music. Ras Kronik is a singer/songwriter and producer. He is an artist with his finger on the cultural pulse of reggae music. His songwriting reflects upon the struggles of all Mankind.
Request a Quote
Share this Page:
Profile Views: 943
Report this profile 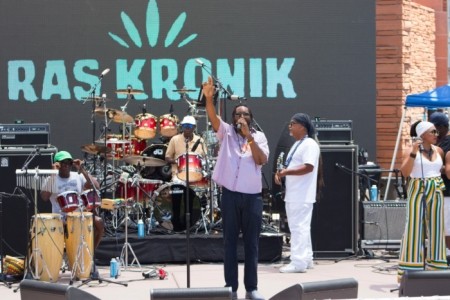 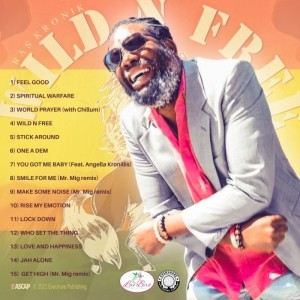 We are a Roots Reggae Band that do Original Music. A full blast energetic Performer that gives a belly full at all times. My unique style and original sound come across with clarity. in a way that always leave my patrons yearning for more.
Ras Kronik is a singer/songwriter and producer. He is an artist with his finger on the cultural pulse of reggae music. His songwriting reflects upon the struggles of all Mankind.

Ras Kronik is a singer/songwriter and producer. He is an artist with his finger on the cultural pulse of reggae music. His songwriting reflects upon the struggles of all mankind and the rewards that can be gained spiritually if one only believes in a power that is higher than man. He also writes about love won and lost. Whether it's love between a man and woman or the love of the Most High, he brings his message across with clarity and definition.
Ras Kronik's electrifying voice seems an amalgamation of many great voices in reggae--soulful, chanting, and edgy. Kronik's weaves the cultural ... lyrics of "old school" roots music with modern day experiences to create a unique listening encounter. Reggae - naked and raw is an apt description for Ras Kronik's musical style, in which he forgoes the frills of extensive remixes, overdubbing and other musical refinements.
As a singersongwriter, Ras Kronik has been awarded the best Reggae performer In Las Vegas by the American Black Music Association in 2008. His first album, “The Real Thing Remix” is set to be a classic Roots & Culture album. With this album Ras Kronik comes into full focus with 14 hot songs that reach to the souls of his listeners. This album showcases; vintage reggae, dancehall and mid-tempo rhythms, strong melodies and messages that are universal. Stand out tracks include Ghetto Life, Real Thing, How We Move (featuring Bonafide) and the big track Hail the King, The Way to Life and Intimate.
Ras Kronik has also been awarded by the Akademia twice for best Reggae song
“Jah Alone” and “The Way To Life” His newest Album “Wild N Free” is set to be release may of 2016 which the artiste will be Wild N Free in a positive way it will be a mixture of Roots Reggae, Pop Reggae and World Music combine.
Ras Kronik began recording in studios in Kingston, Ocho Rios and Negril, Jamaica and in 1998, released his first single "Gold in My Treasure” that went to number 11 on the RJR Radio charts. His music is strongly influenced by some of the kings of Reggae that include; Buju Banton, Maxi Priest, Beres Hammond, Bob Marley, Garnet Silk and Lucky Dube, just to name a few. But according to Ras Kronik he listens to all types of music, which he said increase his versatility.
Ras Kronik is no ordinary artist, his skills and his stage performance is so entertaining that everyone wants to see him and his performance record is impressive. He performed in numerous concerts and tributes throughout Jamaica, including Summer Sizzle in 2006 with Beenie Man, Camillionaire and various leading reggae artists. He also performed in the U.S. Virgin Islands and in several venues throughout the United States. He performed at the sold out “Disturbing the Peace” festival in Tampa, Florida at the historic Cuban Club; and various venues in California and Nevada. Most notably, Back stage bar and grill Dillard at free mont street Down Town Las Vegas the Diablo Club located at the Monte Carlo Hotel and Casino on the Las Vegas Strip, the Boulder City Music Festival and Lake Las Vegas.
His recent single Tittle This Morning Bona had earned him the #1 spot on the New York Reggae radio network music chart hosted by Clinton Lindsay. The song is distributed by Caribbean Downloads. Ras Kronik has a Video for the song Feelings which is doing very great. In this song the Artist described his feeling that he gets by smoking MARIJUANA and also the Decriminalization of Marijuana. The Video has been streamed by Cari Ola a platform that stream Caribbean and World music Video.
Born Everton Anthony Edwards on August 22nd in Clarendon, Jamaica, Ras Kronik started his singing career in junior high school where he won numerous awards and singing contests while earning high marks in his school music classes. Ras kronik’s early upbringing planted the seed for the culture-based music he is dedicated to today.
Ras Kronik is the President of Love Bird Production, Inc. which is a publishing and recording company. The multi-talented Raskronik is emerging into the international music community. Equipped with a professional management team, and several hit songs. Ras Kronik intends to make a "major impact" on the international reggae music scene. 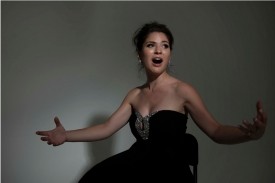 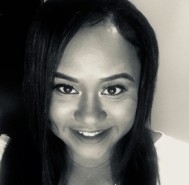