You are contacting The Williams Brothers Band 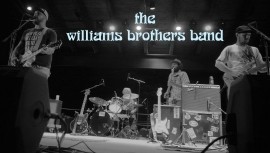 TWBB is one of the longest-running & is the most successful band ever based in W. Colorado. They headline the region's top venues & festivals, tour the western United States, and are the most requested direct support act to play with nationals touring the region.
Request a Quote
Share this Page:
Profile Views: 762
✖