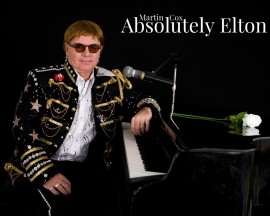 When contacting this member, please state that you are viewing their Entertainers Worldwide profile.
Request a Quote
Share this Page:
Profile Views: 991
Report this profile

From the opening number you will be transported back to the glam 70s. As Elton emerges in flamboyant style , the classic songs come thick and fast , rocking the baby grand piano, the show belts along with witty introductions and amazing vocals.
The show continues with all the hits from the 80s and 90s before reaching the Oscar winning Lion King.
Costume changes abound as we travel through the 4 decades of Eltons incredible repertoire.
The show is aided by a strong stage set , lights, PA and Live Baby Grand Piano for the full Elton experience
Available with either Top Quality Backing Tra ... cks or charts for a small or large Band

I’m Still Standing
Philadelphia Freedom
Guess That’s Why They Call It The Blues
Something About The Way You Look Tonight
Made In England
Tiny Dancer
Are You Ready For Love
All The Young Girls Love Alice
Honky Cat
I Don't Wanna Go On With You Like That
Electricity
This Train Don't Stop Here Anymore
Candle In The Wind
Club At The End Of The Street
Bennie And The Jets
Part Time Love
Sacrifice
Nikita
Daniel
The Border Song
Rocket Man
Country Comfort
Goodbye Yellow Brick Road
The One
Crocodile Rock
Burn Down The Mission
Sorry Seems To B ... e The Hardest Word
Blue Eyes
Lucy In The Sky With Diamonds
Pinball Wizard
Mama Can’t buy You Love
Bitch is Back
Kiss The Bride
I want Love
Empty Garden
Original Sin
Mona Lisa's & Mad Hatters
Circle of Life
Can You Feel The Love Tonight
Little Jeannie
Sad Songs Say So Much
Harmony
Saturday Nights All right For Fighting
Take Me To The Pilot
Island Girl
Your Song
Don’t Let The Sun Go Down On

Absolutely Elton brings over 30 years experience to every show, as a performer he has appeared all over the world including Las Vegas NV, San Diego CA , Spain ,Belgium,Holland, France, Luxembourg, Mallorca ,Ibiza,Tenerife,Grand Canaria, Lanzarote, Greece, Cyprus, Italy and Portugal.
Proficient in Piano and guitar he is also a classically trained Vocalist
He has worked for Thompson Gold resorts , Bally’s MGM in Las Vegas, Sol hotels, Barcelo hotels , Village hotels, Butlins,Pontins 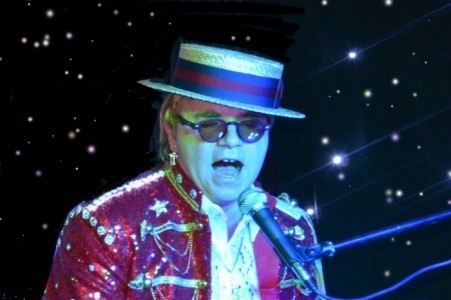 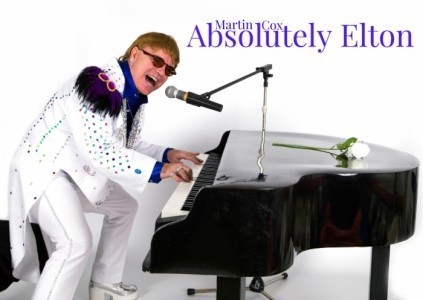 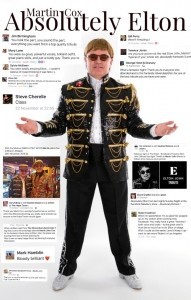 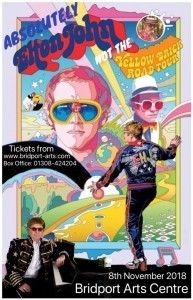 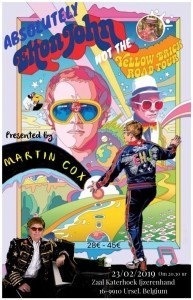