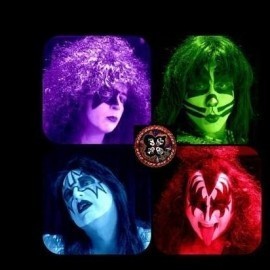 (no reviews)5.0
Country: United States
Based In: Dallas, Texas
Performs: Nationwide
From: Contact

Amazing Kiss Tribute Band. Based in Dallas, Texas and available to perform at Parties, Corporate Events and more.
Request a Quote
Share this Page:
Profile Views: 479
Report this profile

Rock and Roll Over is a Dallas/ Fort Worth based KISS tribute band consisting of Christopher(Paul Stanley) lso with Hysteria - Lef Leppard tribute, Paul Brown(Peter Criss) of JC Allstars, and Allen Shelley(Ace Frehley) of Woundtight, Jim Seda(Gene Simmons) with The Original KISS Army.
Our mission and promise is to deliver a top flight KISS show, including KISS style guitars, costumes and theatrics, along with the top notch vocals, energy and tight choreography that people from all over Texas, and beyond have come to expect from a KISS tribute band fronted by top tier musicians.
Christopher P ... aul -Paul Stanley. As the musical backbone of Rock and Roll Over, Christopher is always willing to do whatever it takes to transport the audience to the church of Rock and Roll! With his soaring vocals and stage presence that's never forced, Christopher is a natural born entertainer who has been studying KISS in general, and Paul Stanley in particular since the age of seven. Oozing charisma and sexual energy, Christopher is the one that you can't seem to look away from.
The more difficult Paul Stanley songs such as Heavens on Fire and I Was Made For Loving You are sung with conviction and precision. Christopher has also performed with the International KISS tribute band, The Original KISS Army, headed by the Godfather of KISS tribute bands Jim Seda.
Allen Shelley- staggers to life as Ace Frehley. His smoking guitar and fast fingered licks never fail to elicit delight from the audience. Allen is the hardest working member of Rock and Roll Over off of the stage, and goes out of his way to please fans with multiple photos, or a handshake. Interestingly, although Allen portrays Ace, his demeanor is more reminiscent of Eric Carr, whose enthusiasm and flat out nice guy qualities radiate like a 1000 watt bulb. Allen's attention to detail on his instrument is evident and appreciated by audience and bandmembers alike.
Paul Brown-Peter Criss. Paul stalks the jungle that is his drumkit with unprecedented power and dexterity. Although new to the tribute scene, Paul is an experienced drummer, having performed in many original and cover bands. Paul has performed with Christopher in various projects for ten years, which has formed a nearly symbiotic bond onstage.
Paul is the youngest member of Rock and Roll Over, which will likely make him the heartthrob of the band, but he's been a KISS fan for as long as he can remember. Paul plays the classic Peter Criss drumlines, but when appropriate he also brings the power and skill of the updated stylings of the late great Eric Carr, and current KISS drummer Eric Singer.
Jim Seda - Gene Simmons. The Best of the Best of those paying tribute to the Demon. Besides playing that famous Axe bass Jim breaths fire with thrilling precision, making it all look so easy! He spews and drips blood to the roaring approval of the fans in the crowd. None come as close to the look, sound, and actions of the Demon as Jim Seda! - - Gene Simmons (of OKA) 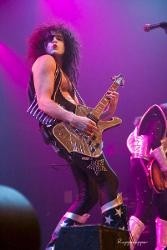 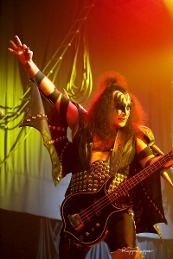 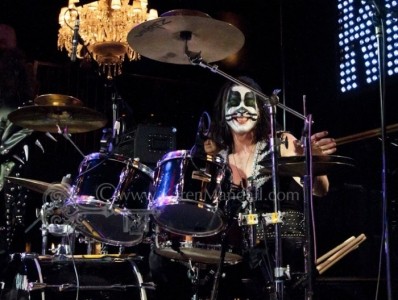 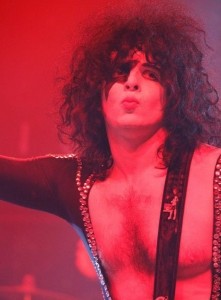 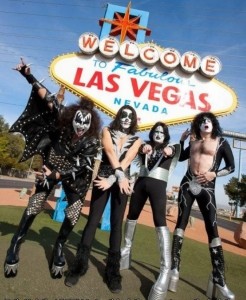