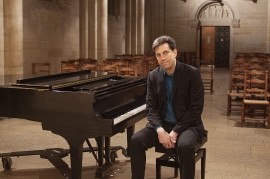 With a doctorate from the Manhattan School of Music, I'm a versatile classical pianist who plays in other genres as well. I was a freelance pianist, accompanist, cocktail pianist, arranger, and music director in New York City for over 20 years.
Request a Quote
Share this Page:
Profile Views: 193
Report this profile

Cocktail Pianist: Chris Cooley can add a classy live-music touch to your restaurant, party, or event. With a seamless mix of light classical, jazz, and song standards played from memory, let Chris set just the right elegant ambiance at your next event. He has played at the elegant One If By Land restaurant, the Surrey Hotel, and numerous private parties in New York City and beyond.
Wedding Pianist: A versatile, classically trained pianist, Chris has decades of experience playing Catholic, protestant, and secular weddings. He has served as Music Director/Organist/Pianist at St. Matthews ... Lutheran Church in White Plains, NY and St. Patricks Church (Catholic) in Bedford, NY, and has played hundreds of wedding ceremonies, receptions, cocktail hours, funerals, and memorials.

Cocktail set list (I play these from memory)
UP-TEMPOS
Ain't Misbehavin'
Almost Like Being in Love
Autumn Serenade
Blue Skies
Cheek to Cheek
Cockeyed Optimist
Embraceable You
Falling in Love with Love
Fly Me to the Moon
42nd Street
Give Me the Simple Life
Girl from Ipanema
Happy Days are Here Again
Harbor Lights
Heather on the Hill
I Could Have Danced All Night
I Have Dreamed
If Ever I Would Leave You
It Had to Be You
It Might as Well be Spring
It Never Entered my Mind
It's De-Lovely
Look for the Silver Lining
Lullaby of Broadway
Make Believe
Mambo Italiano
Manhat ... tan
Mountain Greenery
New York, New York (Hell of a Town)
New York, New York (Sinatra)
Night and Day
Old Devil Moon
On the Street Where You Live
Pennies from Heaven
Second-Hand Rose
Sisters
So in Love
Some Enchanted Evening
Swingin’ on a Star
They Can't Take That Away from Me
This Masquerade
When I Marry Mr. Snow
Where or When
Wouldn't It Be Loverly
You're the Top
Younger Than Springtime
BALLADS
All the Things You Are
All the Way
And This is My Beloved
Anyone Can Whistle
Autumn Leaves
Bewitched
Bill
Can't Help Lovin' That Man of Mine
Crush on You
Deep Purple
Every Time We Say Goodbye
Folks Who Live on the Hill, The
Garden in the Rain
Here's That Rainy Day
Hey There
I Get Along without you Very Well
I'll Be Seeing You
I'm Always Chasing Rainbows
La vie en rose
Love is a Many Splendored Thing
Man I Love, The
Man that Got Away, The
Misty
Moon River
My Funny Valentine
My One and Only You
Nature Boy
Ol' Man River
Over the Rainbow
Overjoyed
People
Send in the Clowns
Smile
Smoke Gets in Your Eyes
So Many Stars
Speak Softly Love
Spring Is Here
Stardust
Stranger in Paradise
Summer Knows, The
Summertime
Tenderly
They Say It's Wonderful
Three Coins in the Fountain
Till There Was You
Try to Remember
Unforgettable
Way We Were, The
What a Wonderful World
What Are You Doing the Rest of your Life?
What I Did for Love
What's New?
When I Fall in Love
White Cliffs of Dover, The
LITE CLASSICAL
Dein ist mein Ganzes Herz
Non ti scordar di me
Granada
Wien, du Stadt meiner Traume
Kreisler - Liebesleid
Chemins de l'amour, Poulenc
Meine Lippen
Vilja, and Lippen schweigen (waltz), from The Merry Widow
J. Strauss - Blue Danube and other waltzes
E. Morricone - Gabriel's Oboe, from The Mission
CLASSICAL
Debussy - Clair de lune
Chopin Waltzes: "Minute", #1 in E-flat, C# minor
Chopin - Etude op. 25 #1, "Aeolian Harp"
Liszt - Liebestraum
Schubert - Impromptu in G-flat
Schumann - Arabeske in C, op. 18
Rachmaninoff Preludes: C# minor, B-flat, D, G minor, D-flat
Chopin - Nocturne in C minor, op. 48 #1
Brahms - op. 118 #1-3: Intermezzo in A minor, Interm. in A major, Ballade in G minor
Rachmaninoff - 18th variation from Rhapsody on a Theme of Paganini
Ravel - Ondine, from Gaspard de la nuit
Beethoven - Pathetique Sonata, 2nd mvt.
Rachmaninoff - themes from various concertos
Rachmaninoff - Lilacs (transcription)
Chopin - Andante Spianato and Grand Polonaise
Chopin - Ballade in G minor
Liszt - Hungarian Rhapsody
Faure - Pavane
Beethoven - Moonlight Sonata
Schubert - Ave Maria, Lob der Thraenen, Im Fruehling, other art songs
Schumann - Der Nussbaum, Du bist wie eine Blume, other art songs
Puccini - O mio babbino caro, Cuando m'en vo, and other arias
Dvorak - Song to the Moon, from Rusalka
CONTEMP./POP
Ain't no Sunshine When She's Gone
Can You Feel the Love Tonight
Crocodile Rock
Goodbye, Norma Jean
Greatest Love, The
I Guess That's Why They Call It the Blues
I Just Called to Say I Love You
Imagine
It's My Life
Just the Way You Are
Killing Me Softly with his Song
Let It Be
New York State of Mind
Nobody Does It Better
Piano Man
Rocket Man
Savin' All My Love for You
Uptown Girl
Way It Is, The
Will You Still Love Me Tomorrow?
You Are So Beautiful
You Are the Sunshine of my Life
You've Got a Friend
Your Song

Pianist Christopher Cooley has concertized with various instrumental and vocal soloists in five continents, as well as Alice Tully Hall and Carnegie Hall. As a soloist, he has played with the University of Texas Symphony, the Chamber Orchestra of Florida, and the Musica Bella Orchestra of New York. As a collaborative pianist, he has served on the staff of numerous summer opera festivals in Italy, Germany, and Austria, as well as the Castleton Festival in Virginia, the Piatigorsky Seminar for Cellists in L.A., and the Manhattan School of Music Summer Voice Festival. Since 2006, Mr. Cooley has c ... ollaborated regularly with soprano Lauren Flanigan on music written for her by composers from Stephen Schwartz to Thomas Pasatieri. They have performed together at numerous venues including the Metropolitan Museum of Art, the McCarter Theater in Princeton, the Shakespeare Theater Company Gala in Washington D.C., and the George London Foundation Recital Series at the Morgan Library (NYC). Chris holds degrees from Florida State University, the University of Texas at Austin, and a doctorate in Collaborative Piano from the Manhattan School of Music.
As a composer, Cooley’s original pieces "Il Canto della Rosa" (2007) and "Play On" (2019) were premiered in Italy. His choral music has been sung extensively by the Vanguard Voices (Dearborn, MI), who also awarded his "Unsubdued" an Honorable Mention in their competition. His choral piece "Garden of Love" was recently published by Peermusic, a division of Hal Leonard. He premiered his new song cycle "At First Sight" in February 2020 with soprano Diana Thompson in Augusta, Georgia. As a musical theater composer, he participated in the BMI workshop, where his song, "Completely Different Place”, written with lyricist Benj Pasek, was later recorded by Tony Award winner Kelli O'Hara. His short musical "A Bit of Blue" was featured in the New York Festival of Musical Theater 2010.
Dr. Cooley has enjoyed a wide variety of musical activities as a freelance accompanist, organist, cocktail pianist, arranger, and composer in and around New York City for over 20 years. Recent projects include a recital of the music of Ricky Ian Gordon with Opera Noire; a workshop of Sheila Silver’s new opera "A Thousand Splendid Suns”; a summer tour of Europe including work as pianist and composer at festivals in Italy; a Broadway-themed dinner cruise for Hornblower Cruises, for which he arranged the music; and the Paper Mill Playhouse (NJ) New Voices Concerts, a summer musical theater program for which he has served as pianist and arranger for 10 years. He spent five years as music director of St. Matthew’s Lutheran Church in White Plains, where the choir premiered several of his compositions and arrangements. Currently he is organist at St. Patrick’s Catholic Church in Bedford, NY. chriscooleypiano.com 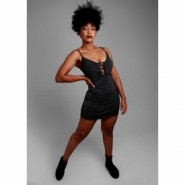