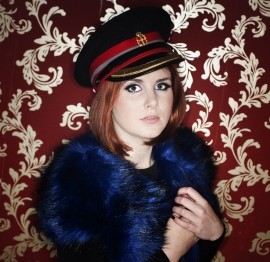 (no reviews)5.0
Country: United Kingdom
Based In: Perth, Scotland
Performs: Worldwide
From: Contact

Beth Bradson is a Scottish Singer/Songwriter with influences from Jazz, Pop and Rock. Based in Scotland, she is able to perform at Weddings, Parties, Corporate events and more.
Request a Quote
Share this Page:
Profile Views: 765
Report this profile

Beth Bradson is a Scottish Singer/Songwriter with influences from Jazz, Pop and Rock.

Born in the small quaint scottish town of Perth, Beth’s musical talents became noticeable at an early age. At 8 she played the part of Gretl in the Perth Rep production “The Sound of Music” and since this point Beth knew she wanted to pursue performance arts. Throughout school she was involved in as many performance opportunities as she could fit in and toured the world as a soloist in the award winning childrens choir “Fair City Singers”. While studing music, dance and theatre, at 16 song writing seemed like the obvious next step.
In 2009 she moved to London to study Musical Thea ... tre which lead her on to successfully audition for the part of Daisy in both the UK Tour and West End version of “Dreamboats and Petticoats”. Since then Beth has appeared in shows across the UK as well as in the BAFTA award winning TV Show “Getting On”.
Throughout her career Beth has been involved in many music projects from playing saxophone on the ITV Daybreak to working as a resident jazz singer on Bateaux Thames Cruises.
Beth’s main passion is performing and writing her own music. Her music combines her love of jazz, rock and pop giving her a distinctive and unique sound. 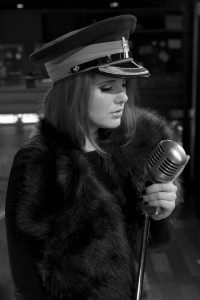