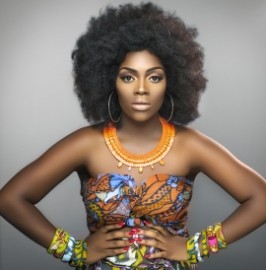 (no reviews)5.0
Country: United Kingdom
Based In: Leicester, East Midlands
Performs: Worldwide
From: £600

I am a professional Singer and songwriter with over 7 years experience in Jazz Orchestras, A Gospel Female Group as a soloist and worked with a high profile covers Band such as "Vogue Band Live". I have toured and worked in Europe and Parts of Africa and also the UK.
: 0744800XXXX Click here to reveal
full number

When contacting this member, please state that you are viewing their Entertainers Worldwide profile.
Request a Quote
Share this Page:
Profile Views: 809
Report this profile

My Repertoire is extensive as a covers singer from Stevie Wonder, Michael Jackson, Ella Fitzgerald, Nina Simone to Jill Scott and Alicia Keys. I try and give a wide spectrum in my shows of different types of music and artists. Yet i always leave them with the Faith touch!!

I was born in Zimbabwe but grew up in England. I did all my education and have a Bachelors Degree in History from Royal Holloway University of London. Lived in France and Ghana and now based in Leicester UK

I lived in France for seven years where i began my career in music but had always been singing since a young age. I have toured in France and Europe as well as part of African now. I have sung for two heads of states for Ghana and Kenya. I have worked with three notable groups in the Toulouse area in France. A Jazz Orchestra, a female gospel group and a large live band called " Vogue Band Live". I have currently released two singles independently "By the Fire" and "Wounded Army" both available on iTunes. I have led choirs done some also high profile events in London and Accra Ghana.