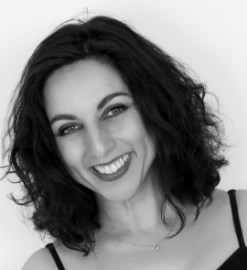 West End Musical Theatre actress, bringing you sassy, dynamic and classy entertainment for all events, venues and occasions. From Showtunes and Jazz to Soul and Rock,
: 07770 63XXXX Click here to reveal
full number

When contacting this member, please state that you are viewing their Entertainers Worldwide profile.
Request a Quote
Share this Page:
Profile Views: 1370
Report this profile

I can provide a whole evening's entertainment. A jazzy background set, a visual cabaret show with plenty of audience participation and a feelgood dance set full of favourites from the 50s/60s and 70s. I am a powerhouse singer (thanks to my many years in the West End) and have been compared to top artists such as Barbra Streisand, Ella Fitzgerald, Dusty Springfield and Amy Winehouse. Having been described as possessing a "voice that makes you cry" and "the voice of an angel" ... thanks to my versatility I can lull you with chocolatey ballads from the 30s, entertain you with swinging songs from ... the 40s, lure you onto the dance floor with rock and roll classics from the 50s and 60s and excite you with theatrical numbers from Cabaret, Chicago and Les Miserables.

Jo has played leading roles in many West End shows including Pepper in ANNIE at the Victoria Palace, Ensemble and Eponine in LES MISERABLES at the Palace, Sue in A SLICE OF SATURDAY NIGHT at the Arts, Sarah in VIVA ESPANA at the Arts, THE ROYAL VARIETY SHOW at the Coliseum and the LES MISERABLES concert at the Albert Hall.
On National Tour, she’s played Mavis in HOT STUFF, Columbia in ROCKY HORROR SHOW, Miss Glow-worm in JAMES AND THE GIANT PEACH, Ruby in ROCK HARD and Jeanie in HAIR.
Other major productions include OLIVER, DIVA FEVER, ABIGAIL’S PARTY, GREASE, THE BEGGARS OPERA, THE ... ADVENTURES OF MR. TOAD, LUST, LITTLE RED RIDING HOOD, THE PROVOK’D WIFE, WHAT THE BUTLER SAW and 84 CHARING CROSS ROAD.
On TV and film, she can be seen in STRANGE BUT TRUE, THE BILL, KEEPING MUM, GOLDENEYE, JOINT ACCOUNT and REVOLUTION.
Jo has now branched out into the cabaret world. She was a founder member of the successful cabaret acts THE CORSETTES and GIRLS WHO WEAR GLASSES and was proud to perform her one woman show at Pizza on the Park, the Millfield Theatre and Greenwich Theatre.
Having also appeared in THE SPIRIT OF THE MUSICALS, 20th CENTURY MUSICALS, PUTTING ON THE RITZ, WEST END TO BROADWAY and regularly at the Theatre Royal Lincoln in
SHOWSTOPPERS, Jo was inspired to form her own duo, DROP DEAD DIVAS, who specialise in musical theatre songs.
Jo has also done 3 national tours with Alvin Stardust in Rocking Around the Christmas Tree, and is the lead vocalist in the popular 60s band Ready Steady Go!
Although having a background in musical theatre, her versatility brings a “bit of everything” to her solo gigs. You can expect to hear showtunes, pop, rock, soul, jazz , favourites from the 60s, 70s and 80s and popular standards. Everything performed with an edge of theatricality! 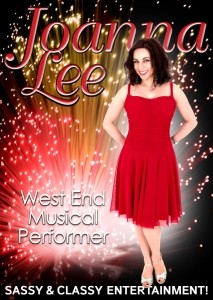 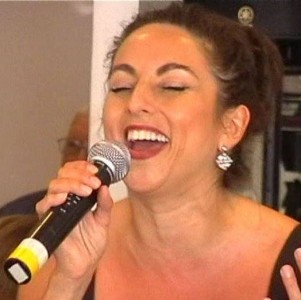 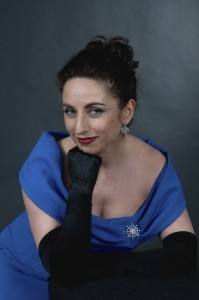 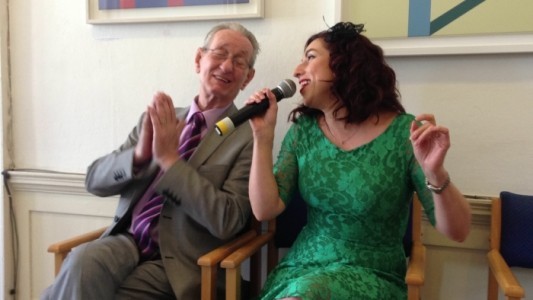 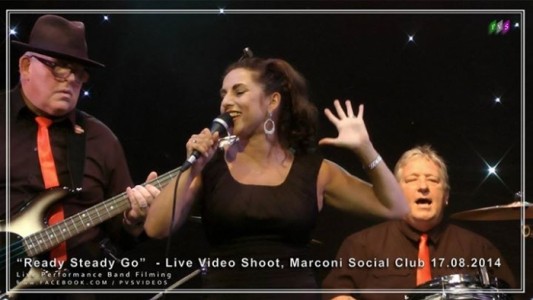 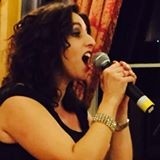 Fully contained
Insured for Public Liability
Based in Chelmsford