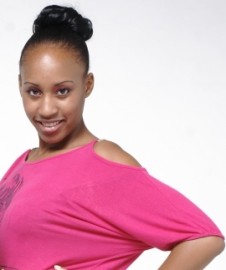 (no reviews)5.0
Country: United Kingdom
Based In: se7, London
Performs: Worldwide
From: £100

A talented vocalist with a funk band called Groove 101
Request a Quote
Share this Page:
Profile Views: 251
Report this profile

Kyia is a London born solo artist, who fuses neo-soul and gospel with uplifting lyrics and infectious grooves.
Her exciting first two track release Life featuring Moy Moy and It's Alright, both produced by Preetesh, have taken the UK urban charts by storm and is becoming an instant hit with UK DJs already touting It's Alright as this year's garage classic. Not bad for an unsigned artist!
Kyia was formerly with duo MV Singers and gospel vocal group Accapella Gold performing at Gospel Rock, a residency at Rhum Jungle Bar in Islington, several South London festivals including the Olympics R ... oyal Greenwich Festival. This versatile vocalist is also finding time to add some soul to Luton rockers UK Decay's live shows.
Kyia draws inspiration from her Gospel roots - Shirley Caesar, early Aretha and songstresses such as Millie Jackson and Jill Scott to name a few. "Women with powerful voices and real lyrics", says Kyia “and like these inspiring women before me, I want to encourage and touch hearts…..and with a drive-you-crazy-hook you just can't get out of your head".
Kyia is working out her next moves so keep an eye out, or get in touch on Facebook/Kyialinks.