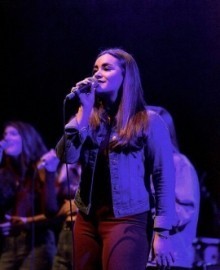 (no reviews)5.0
Country: United Kingdom
Based In: Cheshunt, London
Performs: Worldwide
From: Contact

Loukiani is a popular music vocalist who has recently graduated from one of the worlds leading conservatories The Royal Northern College of Music in Manchester. She is capable of performing in a range of styles including pop, soul, jazz and RnB.
Request a Quote
Share this Page:
Profile Views: 358
Report this profile

Originally from Cyprus, Loukiani is a popular music vocalist who has graduated with a Bachelor’s degree in Popular Music from one of the worlds leading conservatories The Royal Northern College of Music in Manchester. She is capable of performing in a range of styles including pop, soul, jazz and RnB. Experienced in recording and live work, Loukiani is friendly, professional, reliable, hard working with the will and determination needed to succeed.
The key strengths that I possess are as followed:
• I am very comfortable with musical concepts (such as duration, pitch, dynamics, tone co ... lour, texture and structure) as well as performance, composition, and reading and listening skills.
• I have provided backing vocals for artists such as Mario Jose (March 2019), Take That and Lulu during their tour at the Manchester Arena (April 2019)
• I possess Grade 8 in vocals and piano as well as grade 5 in Music Theory.
• I have worked as an assistant choir director with the Paphos Music School in Cyprus.
• I have experience in working with original ensemble projects as well as an acapella group “Northern Voices”.
• I have various recording experience at world-class recording studios in the United Kingdom and Cyprus.
• I have performed at various venues including Band on the Wall, Deaf Institute and RNCM Theater. 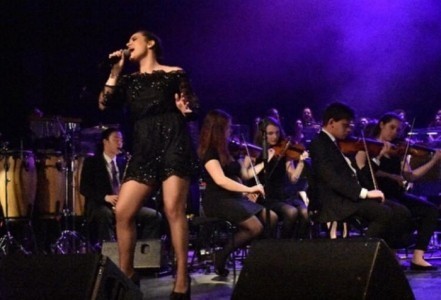 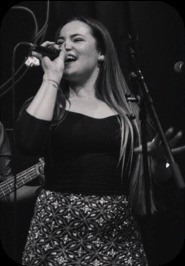 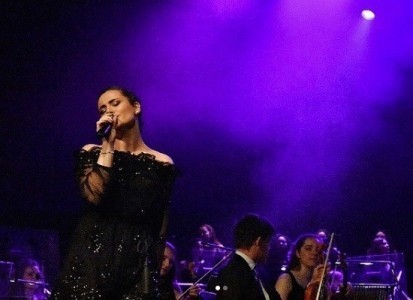 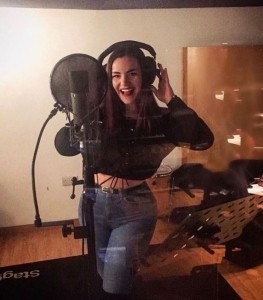 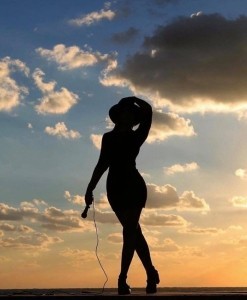 PROFESSIONAL EXPERIENCE:
♦ Providing backing vocals for artists such as Mario Jose (March 2019), Take That and Lulu during their tour at the Manchester Arena (April 2019)
♦ Competed in the International Championship of Collegiate A Cappella quarterfinals with Northern Voices were we placed third (January 2019)
♦ Nordoff Robbins Volunteer (September 2018 – December 2018)
♦ Performed with Northern Voices at the Manchester City Council Culture Awards at the Etihad Stadium (November 2018)
♦ Daytime Entertainer at Olympic Lagoon Resort in Paphos, Cyprus (July 2018-September 2018)
... ♦ Supported the RNCM Session Orchestra with Northern Voices Acapella Group (April 2018)
♦ Performed alongside a thirty piece orchestra and forty piece choir in the RNCM Opera theatre (April 2018)
♦ Workshops with artists such as Mario Jose and JP Cooper
♦ Recorded and EP with an original RNB band (2018)
♦ Session work with “Mojomatics” (January 2017-ongoing)
♦ Recorded original arrangements of "Senorita”-Justin Timberlake and “Rumour Mill”-Rudimental at world renowned Blueprint Studios, Manchester (January and June 2016)
♦ Performed at Band on the Wall and at the Deaf Institute as part of the RNCM ensemble bands (January and June 2016)
♦ Collaboration with DJ Paul Alexander (February 2016)
♦ Recorded an original arrangement of “Body On Me”-Rita Ora at Futureworks, Salford (April 2016)
♦ Performed at Dimitri’s Restaurant, Manchester (November 2015)
♦ Wrote and composed a French song for 4 vocals, a piano and a double bass that won first prize at the Alliance Francaise competition in Cyprus (April 2015)
♦ Performed with her Jazz trio “Jazz Class” at Let Them Eat Cake Paphos, Cyprus (November 2014)
♦ Collaborated with E-MusicUnion who connect musicians from all over the world, and recorded a cover of “Stay With Me”- Sam Smith (October 2014)
♦ Performed alongside famous Greek singer Gerasimos Andreatos at the Paphos Amphitheatre in Cyprus (June 2014)
♦ Performed on RIK 1 TV channel Cyprus (April 2014)
♦ Awarded first prize at a singing competition at Flairs bar Paphos, Cyprus (March 2014)
♦ Recorded cover of “Skyfall”- Adele at William V Farmakis Studios in Cyprus (March 2014)