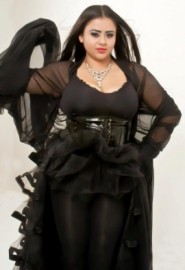 When contacting this member, please state that you are viewing their Entertainers Worldwide profile.
Request a Quote
Share this Page:
Profile Views: 771
Report this profile

We offer a variety of music but we do have a tribute show that goes as follows:
The show starts with some of the power classics from Whitney Houston
The second set is to get everyone up and dancing, I mix the second set with 80's classics as well as Whitney Houston. This show always goes down a storm .

Setlists vary
I wanna Dance with somebody
Queen of the night
I'm Every Woman
Step by Step
My love is you love
Dancing Queen
Waterloo
Love come down
Ain't Nobody
Rock With you
Babylove
Last Dance
We are Family
Young Hearts Run Free
Finally
Show me Love
Somebody Elses Guy
Girls just wanna have fun
Kids in America
Like a Virgin
Material Girl
Walking on sunshine
Let's hear it for the boy
Give it up
Walk like an Egyptian
Lay all your love on me
Super trouper
It's raining men
Flash dance
The final countdown
Sweet dreams
I want to break free
I love rock and roll
H ... it me with your best shot
I'm so excited
Hot stuff
99 Red Balloons
Sweet child of mine
Don't stop believing
Songs can be requested.

Natasha Carver began her musical journey as young as 8 years old. She self taught, mastering her vocal technique by studying some of the greatest artists such as, Whitney HOUSTON, Celine DION, Mariah CAREY, Luther VANDROSS and many more soulful singers.
Natasha has had the privilege of working with and singing alongside some amazing artists such as Mick Hucknal, Leona Lewis, and Jocelyn Brown.
Natasha collaborates with various companies providing vocal tuition to young people who have a love for singing and performance.
Anywhere this show goes the venue is always sold out of full to cap ... acity. 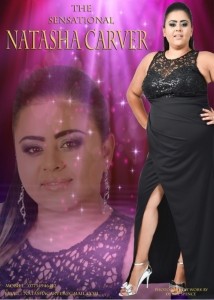 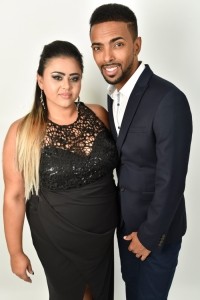 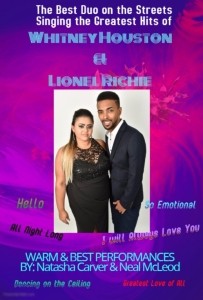 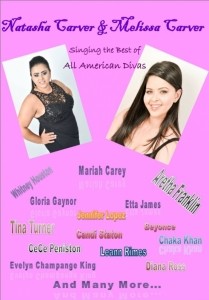 Natasha Carver - Female Singer - London, London Event Location: Tunbridge Wells Event Type: Wedding 26th November 2016
Natasha sang at my wedding on 26 November. She sang whilst our dinner was being served and then sang our first dance song. She has the voice of an angel and really knows how to capture people instantly. I cant wait for the next party to book her again.
Reviewed by: Claire Sales
Natasha Carver - Female Singer - London, London Event Location: Chigwell Event Type: Nicola 29th July 2016
Natasha sang at our wedding during dinner and it was the most beautiful thing ever! Her voice is so captivating and powerful. All my guests were mezmorized by her amazing voice. And then she came back to settle in the evening guests with a dance set and everyone was up on their feet. It was great!
Reviewed by: Nicola Pearsons
Natasha Carver - Female Singer - London, London Event Location: Hertfordshire Event Type: Restaurant 16th July 2016
Natasha & Neal are a resident act at my restaurant in Hoddesdon. Their act is the most popular at the moment and has been ongoing for the last year and a half. I have to say I have some great acts come through the door but Natasha is by far the best vocally. I would recommend her anytime.
Reviewed by: Farook Marconatoes