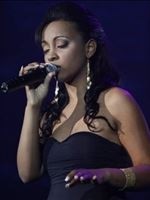 When contacting this member, please state that you are viewing their Entertainers Worldwide profile.
Request a Quote
Share this Page:
Profile Views: 453
Report this profile

One of her biggest accolades to date was being selected the best voice of McDonald’s in Portugal as part of a global competition. Voice of McDonald’s II had 3,600 entries, and Natercia was selected to represent Portugal in Orlando, Florida (USA) against the other top 13contestants.
Natercia was accompanied by a 30-piece orchestra and performed to an audience of 15,000. She was unanimously awarded first place by 3 judges who are all renowned in the music business; Ken Hertz (agent/lawyer for artists such as, Will Smith, Destiny’s Child, Beyonce, Gwen Stafani, No Doubt, The Black Eyed P ... eas, Herbie Hancock, Britney Spears, and Ne-Yo), Jody Gerson (Co-President of Sony ATV; Nora Jones and others), Ne-Yo (singer/songwriter of songs such as; So Slick, Closer and composer for Beyonce and Rhianna); and Rodney “Darkchild” Jerkins (producer, songwriter and promoter for such names as, Whitney Houston, Destiny’s Child, Spice Girls, Toni Braxton, Mariah Carey, Pussycat Dolls, Mary J. Bilge, Beyonce, Madonna, Michael Jackson and others).
Having experienced Natercia’s performance and being moved by her humility, Rodney "Darkchild" Jerkins offered her the opportunity to record a song produced exclusively for her great voice at his studio in Los Angeles, California recording studio.
Rodney got to know Natercia personally and wrote her an excellent and soulful ballad titled “With a Dream”, which portrays her life’s ambition, and was written with her in mind, a fighter who will never give up on her dream of music and will always be hopeful that she will be given this opportunity, just as the lyrics say. 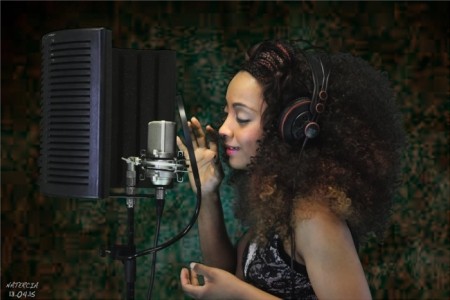