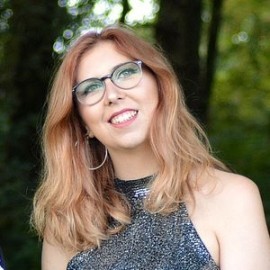 (no reviews)5.0
Country: United Kingdom
Based In: Chislehurst, South East
Performs: Within 50 Miles
From: 200.00

Phoebe is an up-and-coming young female vocalist who is currently studying at the Academy of Contemporary Music University in London. A solo vocalist and also the lead vocalist in a new very talented band, 'Studio 33'. Phoebe has regular gigs throughout the South-East
: 0777166XXXX Click here to reveal
full number

Phoebe played at our 20th Wedding anniversary and we asked for three sets. Everything including the music selection, performance, client interaction and timing was brilliant. Everyone at the party commented on how much they enjoyed the performance and she definitely left them wanting more which after 2 and a half hours is no mean feat. Also the venue were so impressed they also took her details. If you are planning an event and looking for a professional singer I would advise you to book Phoebe as you wont be disappointed, we definitely weren't
Neil Cobbold
Phoebe and Studio 33 were absolu ... tely phenomenal! They played for 3 hours ( with 3 short breaks) and the dance floor was packed the whole of the time they were on. At times there wasn't anyone sitting down as everyone was up boogieing, including the over 70s present complete with arthritic knees and hips! They were very slick and had oodles of infectious energy and enthusiasm . Phoebe has an amazing voice and everyone in the band were clearly very talented.
They were also impressively professional; arriving on time, setting up and dismantling with no fuss, and were polite, friendly and approachable at all times.
They learnt a song at my request prior to the event ' We are Family' which is a family tradition of ours and we ended the party on a stomping rendition that had everyone up and dancing with grins on their faces - Priceless !
All in all I am very grateful to them for making my birthday party feel really special. I would thoroughly recommend this bunch for anyone who wants their guests to dance the night away and forget their troubles! Thankyou Phoebe and Studio 33
Harriet 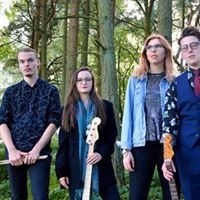 Solo at the Royal Albert Hall and The London Palladium, solo in New York on the USS Intrepid, various pub and club gigs, various weddings and anniversary's