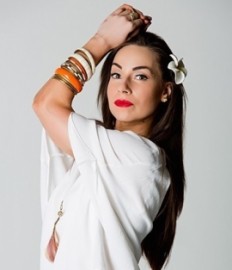 Poli Hubavenska is a passionate house, ethno and pop music vocalist, born and raised in Sofia, Bulgaria. As a very young girl Poli aspired to be a singer and got herself into music starting to study in a music school and to perform in local talent competitions.
: +44747324XXXX Click here to reveal
full number

When contacting this member, please state that you are viewing their Entertainers Worldwide profile.
Request a Quote
Share this Page:
Profile Views: 257
Report this profile

She adapts to the projects: she is able to sing blues song, Ethnic song and jazz, house music

She prepares a special set list for each event

Poli Hubavenska is a passionate house, ethno and pop music vocalist, born and raised in Sofia, Bulgaria.
As a very young girl Poli aspired to be a singer and got herself into music starting to study in a music school and to perform in local talent competitions. Soon she is among the mostly recognized talented kids of Bulgaria and her first record was made at a studio of the Bulgarian National Radio.
In the meantime Poli plays a piano while studying for a musician-vocalist at National Music School – Sofia. Through the years she receives various awards from national and international mus ... ic competitions.
The debut of her vocalist career starts with DJ Stan Kolev and his own record label Outta Limits. They start working on a house music project named ‘Mantra’ together with the Ukrainian DJ Matan Caspi. The track is so successful that it is listed among the Beatport Top 40 Progressive House chart.
While DJ Stan Kolev works with DJ Matt Darey from the Amsterdam-based trance label Armada on Darey’s new album, Darey hears and likes Poli’s voice and invites
her for his next house project. The track "Altitude" becomes one the most popular songs on the album.
After that Poli keeps recording with DJ Stan Kolev and they produce together tracks like "Cocoon beach", "River flows" and many more. "Cocoon beach" is the official track of same-named club in Bali, Indonesia. 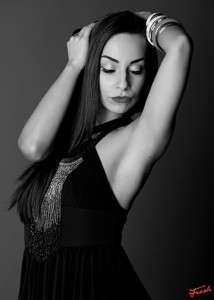 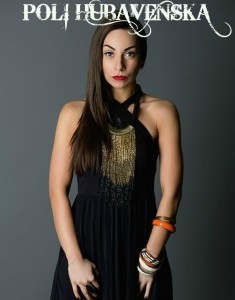