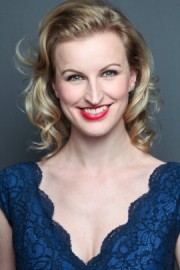 (3 Reviews)5.0
Country: United Kingdom
Based In: London, London
Performs: Worldwide
From: Please contact for a quote

"Hilarious and fun." - Mark Shenton, The Stage "Twice as good as Kristin Chenoweth! With a near perfect set, hilarious anecdotes, an effortlessly tuneful voice and wicked sense of comedy." - This is Cabaret "Graves is effortlessly engaging and witty, her enthusiasm is
: 0777958XXXX Click here to reveal
full number

When contacting this member, please state that you are viewing their Entertainers Worldwide profile.
Request a Quote
Share this Page:
Profile Views: 386
Report this profile

Tiffany Graves is best known for her performance of Velma in Chicago at London’s Adelphi and Cambrige Theatres, having become the first actress to play the leading roles of both Roxie Hart and then Velma Kelly. She was alternate lead in Matthew White’s acclaimed production of Sweet Charity at the Theatre Royal Haymarket, having been Helene/cover Charity at the Menier Chocolate Factory.
Other iconic leading roles have included Killer Queen in We Will Rock You, Marlene Dietrich in Piaf, and Sukie Rougemont in Witches of Eastwick, as well as taking part in the momentous 50 Year celebration ... at the National Theatre. As a member of the final cast of Cats at The New London Theatre, Tiffany appeared in a variety of roles including Cassandra, Jellyorum, Griddlebone and Bombalurina; she joined Grange Park Opera productions of La Traviata and Anything Goes, as well as appearing in Follies as The Royal Festival Hall.
Tiffany studied at the Arts Educational School in Tring, and made her professional stage debut at the age of 11 in The Nutcracker with the English National Ballet at the Royal Festival Hall. She also performed with the National Youth Music Theatre at the Edinburgh Festival in Annie as Grace Farrell and as Dick in Poppy, appearer as lead vocalist in Disney’s Magical Moments, and recorded a Christmas album as a soloist with the Royal Philharmonic Orchestra.
Theatre credits include: Helen in Wonderful Town with Halle Orchestra condusted by Sir Mark Elder (Lowry & UK Tour); Gymnasia in A funny Thing Happened On The Way To The Forum (National Theatre); Sweden in the multi-award-winning Eurobeat (Edinburgh Festival); A Chrous Line (UK Tour with Adam Faith); Godspell (UK Tour); Run For Your Wife (UK Tour); Satan & Baby Jane in Tonight’s The Night (UK Tour); Dolores Reynolds in Babes In Arms (International Fesitval of Musical Theatre in Cardiff); Marlene Dietrich in Piaf (Leicester Curve, Paul Kerryson); Sukie Rougemont in Witches Of Eastwick (Watermill, Craig Revel Hornwood); Killer Queen in We Will Rock You (UK Tour, Ben Elton); Time’s Up (Yvonne Arnaud, Ray Cooney); The Thing About Men (King’s Head); Shout (Arts Theatre, Bill Deamer); Snow Queen in The Snow Queen (Theatre Royal Stratford East); Queen Rat in Dick Whittington & His Cat (Lyric Hammersmith); Ice Queen in Santa Claus The Musical (Singapore); Sunset Boulevard (Germany, Trevor Nunn).
Gala Concerts & Special Appearances include: Strictly Come Dancing (BBC); West End Heroes with Michael Ball (Dominion Theatre); Chess in Concert with Idina Menzel and Josh Grobin (Royal Albert Halls); numerous years of Night of 1000 Voices (Royal Albert Hall); Apollo Victoria 80th Birthday Gala (Apollo); Royal Gala opening of the Wales Millennium Centre; and National Theatre: 50 Years on Stage (National Theatre, BBC).
Other work includes: workshops with Kevin Kline for his Cole Porter film De-Lovely; and with Stephan Daldry for Lilly Allen’s musical of Bridget Jones’s Diary; teaching at the London School of Musical Theatre and the National Youth Music Theatre; and she can frequently be found performing her cabaret show at St James Theatre in Victoria, Bellamy’s in Mayfair, Lauderdale House in Hampstead and the Crazy Coqs in Piccadilly.
For more information see: TiffanySings.com 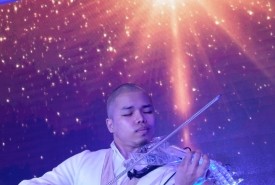