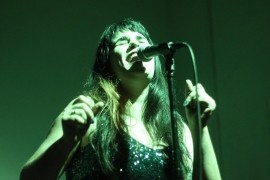 I'm a very versatile singer. I performed in bands, singing from shakira, to rock or reggaeton. I also even can do musical theatre. Singing is my passion, i can't wait to sing abroad, in cruise ships, hotels casinos or whatever oppotunity that may present itself.
Request a Quote
Share this Page:
Report this profile

I love singing either for a big crowd or something more intimate. Love to sing party music or something more chill.
I can respect the privacy of singing in a restaurant, where people maybe need to talk to ona another, and i can connect with the people when necessary, maybe in a bigger show.
I learn fast, and willing to, and im a a very happy person, always in a good mood, giving my best, always.

Lady Gaga:
You and I
Million reasons
Diamon Heart
Joanne
The edge
Perfect illusion
John wayne
Born this way
Billie Eilish
Lovely
ocean eyes
Bellyache
no time to die
Everything i wanted
Ariana Grande
Dangerous Woman
God is a woman
One last time
Break free
No tears left to cry
Adele
Hello
Set fire to the rain
Rolling in the deep
One and only
Alicia Keys
Fallin
Girl on fire
Ain't got you
Christina Aguilera
Hurt
Beautiful
The voice within
Your body
Britney Spears
Lucky
Everytime
Criminal
baby one more time
ops i did it again
Withne ... y Houston
I have nothing
will always love you
Lana del Rey
video games
young and beautifuñ
blue jeans
ultraviolence
Dark Paradise
Sia
elastic heart
chandelier
unnstoppable
Bird set free
Alive
cheap thrills
Most of the songs of Regina Spektor
Shakira:
All of the songs of her Mtv unnplugged
te aviso, te a anuncio
suerte
underneath your clothes
Stone cold, Demi lovato
Stay, Rihanna
Hallelujah
lost on you, LP
Hero, Mariah carey
Firework, Katy Perry
Seven Nnation army PMJ
Creep PMJ
when i was your man, bruno mars
Physical, Dua lipa
Tusa, and many songs of trap and reggaeton
I can sing, jaz and rock too.

I started to sing when i was 6 years old. Since that time i knew that i wanted to become a professional singer. I sang in plays in school as a solo singer. I started to take private lessons, and at the age of 18, i started the Conservatory and my own band called "Los pipol" . At the age of 20 i started to teach private lessons, so i had the possibility to earn my money and continue my studies. I started to sing in restaurants and bars, and to travell, because my ideal job is singing and travelling. At the age of 23 i sang in many bars in Europe, and then in 2017 i was hired as a singer in Urug ... uay. Music is my life, so everything is about that. I am also a composer so i like to create my own songs. I sang in many bands who were hired to played in parties and in events of every kind. Now i want to sing abroad in cruises or in hotels and bars so i can travel all over the world, doing what i love the most. 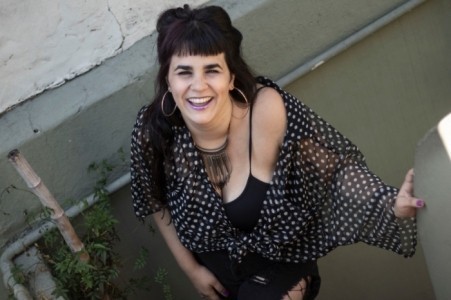 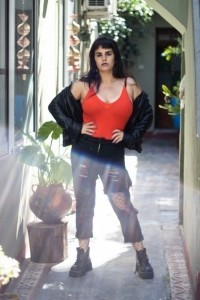 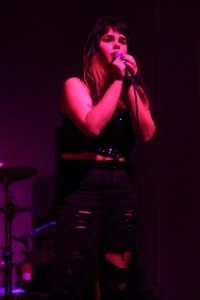 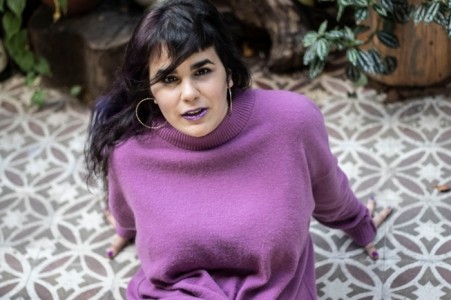 Octavo día. A tribute for Shakira Mtv Unplugged 2019-now
Octavo día it's a band that plays Shakira Mtv unplugged. Before the pandemic we use to be hired to play in bars, parties and all kind of events. My work was to connect to the people, and bring them that lyrics and melodies that they all really loved.
Lead singer in El brote, Banda Homenaje 2017/2019
In "El brote, banda homenaje" i was the lead singer of a band who mixed Sambarregae, a rythm from Bahía, Brasil and the lyrics and the music of our National rock (Argentinian rock). We use to play in all kind of events. Since a birthd ... ay in a private neighborhood or in a party in a club. My job was to keep the energy up, singing and dancing with the public. I left the band just before it dissolved.
Doctor Elva 8/2017
I was hired for a particular doctor who wanted me to create a song for her pacients. The song was about the importance of the vaccines.
Integral 2016/2018
I was a guest singer in Integral rock, a band of jazz and rock, among the other genders (it was a mix). They called me, and i rehearsed with them one or two times before the show. The band dissolved in 2018 when the drummer girl left the country.
Fusion Bar:
I used to sang in this bar every wendesday night for almost a year, sometimes i went with my band and sometimes i sang with my guitar.
El indiecito summer season 2017
I worked in a restaurant in Punta del Este, called "El indiecito" during January 2017. I only worked for a month there because that was the best season to do it.
Bigote bar summer seasons 2017
I worked in a bar called "Bigote" in Punta del Este, Uruguay, for the summer season. They hired me and my band to play during the night.
Valentina solo project- 2016 now
This is my solo project. I called the musicians and we perfomed in many places, but the bottom line is that we made a demo. I am not playing right now because i need a break, but the project is always active, because i am the project.
Teatrarte, freelancer 2013-now
To complete my monthly income i give private lessons, besides my usually singer work.
I worked in Teatrarte as a private teacher, but then i present my resignation to be a freelance private teacher.
Forever young 10/2016- 12/2016
Forever young was a play in which i sang, danced, acted, played piano and i was in charge of the musical arrangements of the songs. The play lasted for two months. We performed every weekend, and we made three shows per day every time.
Conservatory presentations 2014
I had the solo parts in the choirs events of the conservatory.

As an actress i worked in : Forever young 10/2016- 12/2016
Forever young was a play in which i was hired to sang, danced, acted, played piano and i was in charge of the musical arrangements of the songs. The play lasted for two months. We performed every weekend, and we made three shows per day every time.

i don't have much experience, but i would like to learn about it