Mind boggling and hilarious entertainment at its best. From reading minds to demonstrating the awesome powers of hypnosis, Alan Marriott will give you a show you'll never forget. Extremely interactive.
: 076687XXXX Click here to reveal
full number

When contacting this member, please state that you are viewing their Entertainers Worldwide profile.
Request a Quote
Share this Page:
Profile Views: 1735
Report this profile

Alan Marriotts full stage shows consist of two halves, lasting approximately 2 hours in total plus an additional 10-20 minuet interval.
Each show starts with his awesome yet truly Mind Blowing mentalism acts which consist of everything from reading minds to Russian Roullette, bending mental to becoming a ‘psychic’. Not to mention, awesome demonstrations of hypnotic mind power.
In the first half of the show Alan will be demonstrating the power of the mind utilizing psychology, mind power, hypnotic suggestion, and showmanship too.
This is certainly a show that you’ll have to judg ... e for yourself. Boggling the mind and Bending the rules alan invites his audience to become a part of his world and to discover the power of their own minds.
Utilizing 50% of his mind and 50% of the audiences mind watch what seems to be impossible unravel right in front of your very eyes and prepare for a Mind Bending Entertainment Experience.
Mini Trailer video
http://youtu.be/SY-HePN2DvE
In the second half of the show, Alan asks for as many volunteers to join him on the stage. Volunteers with an open mind, game for a laugh that want to be hypnotized.
After guiding his subjects and audience through captivating tests and hypnotizing his volunteers, Alan takes everyone on a journey deep into the land of imagination, as they perform all sorts of hilarious feats from dancing ballet to getting drunk on water, losing their willies to becoming aliens.
A mesmerizing night you and your guests will never forget.
Mentalist show man of the mind on stage.
Show lengths. one hour/45 minutes/30 minutes/15 minutes.
We have three different mentalist shows lasting approximately 45 minuets each.
Extreme hypnosis show for stage.
Show lengths. 60 minutes to 90.
There are three different hypnosis shows lasting approximately 60 minutes.
Double show with interval of 15 minutes for stage.
There are two different double shows lasting approximately 120 minutes.
First half of the show the mentalist show man of the mind. Second half of the show extreme hypnosis.
Duration of show 120 minutes.
Also a hypnotic only double show is available lasting approximately 100 minuets.
Walk-around shows and close-up shows.
Performances vary from group to group. Restaurants, Bar mitzvahs, festivals, schools, fates, parties, bars, hotels, weddings, tv, etc.
Walk around shows and close-up shows consist of mentalism and hypnotic effects, mind reading, metal bending and so much more.
The walk around and close-up shows can be booked for times of 30 minutes, one hour, one hour and 30 minutes, two hours, two hours 30 minutes, and three hours.
Speciality requests and tailor-made shows and times can be arranged on request.

Alan Marriott is an International Television and Stage Hypnotist, Mentalist and Man of the Mind. Alan has been a fully recognized and qualified Master Hypnotist for over 20 years. In that time he has helped people overcome a host of conditions with hypnotherapy and has kept audiences in stitches with his often hilarious and always mind-boggling live stage and television shows consisting of Mind Power, Psychology, Hypnosis, Showmanship & Trickery too. A show you will never forget!!
At the tender age of 12-years-old, in Burton-on-Trent, England, Alan hypnotised his friend and made him believe ... that he was stuck to the chair on which he was sitting. It stuck resolutely to his derriere while he waddled around the room like a duck.
This incident illustrates young Alan's high intelligence and demonstrates his early insight to, the understanding of, the human mind.
This intelligence has developed and his knowledge has grown as Alan has
dedicated his life to the study of hypnosis and he has matured into one of the world's preeminent practitioners of therapeutic and entertainment hypnosis.
At 15 (pretending to be 18) Alan hosted his own television show in England. This allowed him to work with some of England's top entertainment stars in Blackpool: namely Roy Chubby Brown, Joe Longthorn, The Bachelors and acts like the Grumbleweeds.
So popular was Alan's show, that he was approached by AirTours (My Travel) to go to Tunisia and put on his awe-inspiring performances for hotel audiences. Then in the year 2000 AirTours pleaded with Alan and, at extremely short notice (three days to be precise!), asked if he would be able to fly out to the Canary Islands to perform one of his spectacular shows for the Millennium Eve! He did of course ... and although he was only supposed to be there for a week, so popular and successful was his show that he continued to work there for the next year-and-a-half!
Once back in England for two years, Alan launched his own entertainment company and settled down quite nicely in a quaint little town house with his four dogs. "I thought it was time to settle down", Alan recalls.
No such luck. He was way too much in demand.
Turi Complex, which was the largest hotel chain in the Canary Islands at the time, contacted Alan and asked him to move out to the Canaries full time. He would perform more than 10 shows a week across the entire Canary Islands!
So Alan packed up his house, equipment, Father .. . (yes that's right. .. his Dad too) and ALL four dogs (whose tickets cost more than the combined value of the tickets for Alan and his Dad) and left for the Canary Islands.
Alan's extraordinary talents brought huge success to the hotels in which he performed and they won the National Gold Award for Best Entertainment throughout all of the Canary Islands, for three consecutive years! This was a phenomenal achievement for a young man barely 20 years of age!
Alan has always loved wildlife and wanted to live in Africa. He came to Cape Town for a holiday and after just three days, he phoned his advisors in the Canaries and instructed, "Put the house on the market." Four months later, he packed up his house, his Dad, his four dogs, and moved to Cape Town! He loves Cape Town and only misses the ubiquitous English pub.
Alan has established his own Academy of Hypnosis Training School and when not performing his Mind Bending shows around Africa he is busy treating patients in his hypnotherapy clinic. He helps people with myriad problems through hypnotherapy. He is quick to assure people that hypnotherapy is not dangerous and he is bound by the Code of Conduct from the 1952 Hypnotism act.
Alan Marriott is the first hypnotist to have ever performed for the FIFA WORLD CUP.
In March 2010 Alan was approached by FIFA to perform his mesmerizing hypnotic stage show at the World Cup Fan Festivals. The Fan Park spectators numbered in their thousands and were some of the largest live audiences for which Alan had performed. It is testament to his ability that he held such large audiences, audiences enraptured for his entire set. "It was an experience I will never forget," reveals Alan, "to be in front of thousands of people all ready to experience the awesome powers of hypnosis is a dream come true."
Alan's amazing abilities have generated a lot of interest among local television networks and negotiations are underway to produce his own show right here in South Africa.
Alan's shows are perfect for theaters, corporate events, promotions, private functions, special events.
Whatever the occasion Alan will demonstrates the impossible, utilizing his amazing skills with the Power of the Mind and Hypnosis, guaranteeing you and your guests a performance of a life time - once seen never to be forgotten.
Judge for yourself and become apart of his world.
Alan Marriott International, Television, Stage Hypnotist, and Man of the Mind. 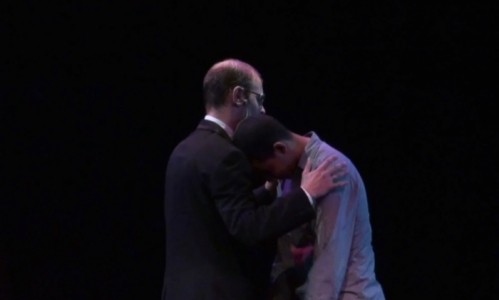 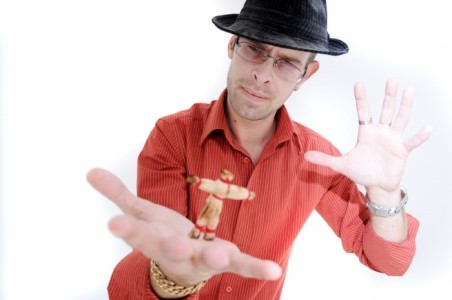 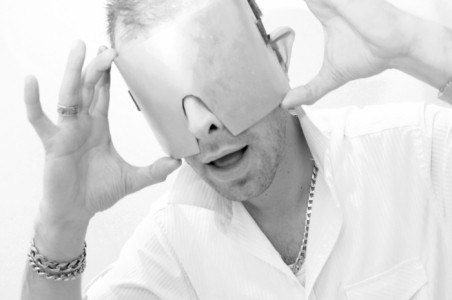 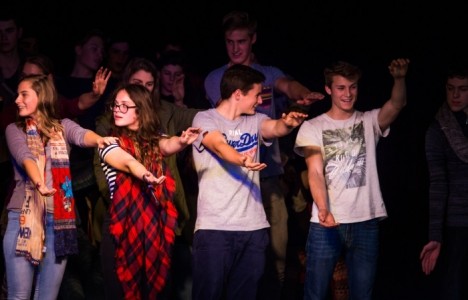 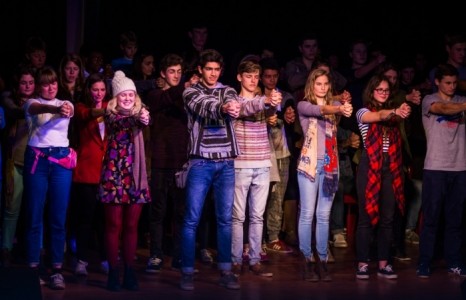 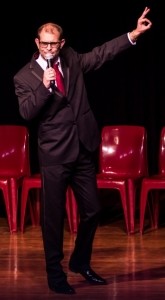 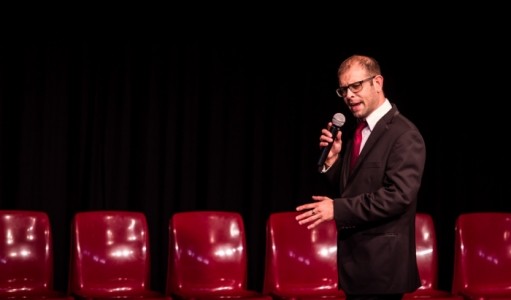 I have been in show business all my life. Since the age of 10 I was performing and getting paid 75 pounds a show (puppetry and magic) and that was in 1990 back in the UK.
My life is my stage, it's what I do, it's who I am.
My obsession with the power of suggestion and mentalism opened up a world of experience for me.
I've performed my shows world wide, in places such as the United Kingdom, Egypt, Tunisia, Portugal, Spain, the Canary Islands, South Africa,
I have performed endlessly for television and in theatre world wide.
I am the first hypnotist to have performed for the Fif ... a World Cup.
Have won gold awards for entertainment for 3 consecutive years for Tori Complex Resorts.
Have performed on all kinds of stages and platforms from theatre, schools, auditoriums, stadiums, cruise ships and have become accustomed to thinking on my feet, "the show must go on".
I have also set up many tours of my own show which has given me so much more experience in dealing with any situations that may arise.
I love my work and seeing people's amazement or boggled looks on their faces.
Because I've always performed for as long as I can remember and my shows always involve the audience in a very interactive way (as well as my background in therapy and lecturing) I'm at my best when in front of an audience and my stage presence speaks for its self.
I am a showman that's in love with his work and the wonderment of his viewers.