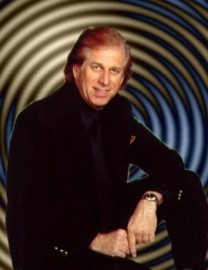 When contacting this member, please state that you are viewing their Entertainers Worldwide profile.
Request a Quote
Share this Page:
Profile Views: 206
Report this profile

From the moment Glenn Miller walks onto the stage the audience gets the feeling of mysticism. The audience quiets down and listens to each word he utters. Before you know it he has 20 volunteers from the audience on stage anxiously awaiting the opportunity to be hypnotized. His experience as a seasoned performer takes these individuals to places and actions that they would never do under ordinary circumstances. Their demonstration of antics that Glenn puts them through has the audience in hysterics. It's all fun. It's all in good taste. The audience members who participate are the "Stars of th ... e Show."

Glenn Miller's career, at birth, was pre-determined to be in show business. How can anyone be named Glenn Miller and not end up on the stage? Glenn was born in Brooklyn, NY where so many other outstanding talents emanated from. Woody Allen, Barbara Streisand, Jerry Seinfeld and the list goes on including Glenn Miller.
It was destined for Glenn to pursue an entertainment career because it was in his blood. His great grandfather, Jacob Manishor, was a notable orchestra leader in New York City at special events.
Glenn's career started as a musician in rock bands. He eventually transitioned to r ... adio where he became a disc jockey and talk show host. It wasn't long before he became a notable personality on K-Rock, Z-93, KXFM and KSMA all in California. Glenn's "glib tongue" opened the door to his being projected into doing commercials for Coca Cola, Budweiser, Ford Pontiac, Mazda... Glenn was also the comedy voice of the Miami Dolphins on Miami radio station WIOD.
Glenn's thirst for knowledge created his interest to delve into the mystiques of the mind. He studied hypnosis and it's ramifications. Although Glenn became a Clinical Hypnotherapist he decided to utilize Hypnosis as an entertaining, humorous show on a stage to make people laugh and have fun. His unique ability at this art became evident when he was booked to perform on the ships of Carnival Cruise Lines as well as corporate events, comedy clubs and high schools throughout the U.S.