THE ONLY AWARD WINNING HYPNOTIST, KEVIN STONE. EVERYONE AGREES! SIMPLY THE BEST! 'EXPERIENCE THE SHOW OF A LIFETIME!' Hollywood Hypnotist Kevin Stone is considered the BEST and MOST AFFORDABLE hypnotist worldwide and by his peers! No Group too Large or too small.
: 951-461-XXXX Click here to reveal
full number

When contacting this member, please state that you are viewing their Entertainers Worldwide profile.
Request a Quote
Share this Page:
Profile Views: 713
Report this profile

Kevin is the ONLY hypnotist to offer a 101% Money Back Guarantee! If he does not get your guests hypnotized or make anyone laugh. You owe him NOTHING! He will even donate $1000.00 to your favorite charity! Kevin is the ONLY Hypnotist on this site that is a Board Certified Hypnosis Trainer and Hypnotherapist, with the prestigious National Guild Of Hypnotists. Discover for yourself why The President Of The United States (when Kevin performed at the WHITE HOUSE), Donald Trump and many other celebrity's 'Experienced The Show Of A Lifetime!' Don't delay Book Kevin NOW! The ONLY Hypnotist Described ... as the “Cream of the Crop” when it comes to entertainers, Kevin Stone is the only one for quality entertainment! - Kent B. Walt Disney Productions
Which Hypnotist do I pick? How do I know who is the real deal and who is the hack?
Ladies and Gentlemen: Meet the cream of the crop, The Hollywood Hypnotist Kevin Stone. This is the real deal. A hypnotist that not only is Board Certified, Insured for over $2,000,000.00, but is also officially endorsed by The National Guild Of Hypnotists, as well as major corporations and events. Kevin, is the only hypnotist that is nationally known and recognized for his work with major celebrities and sports figures.
If that isn't an immediate mark of quality, experience, and authenticity what is? And get this, it's the best part. Hollywood Hypnotist Kevin Stone puts on one heck of a show and not just any show. THE EXPERIENCE OF A LIFETIME! See for yourself why Kevin is the celebrity hypnotist to the stars! Be hypnotized just like your favorite celebrity! Don't delay Book Kevin NOW!
Here is a partial list of The Hollywood Hypnotist Kevin Stone's Happy Customers Worldwide:
Disneyland, Knott's Berry Farm, LegoLand California USA, Harrah's Casino, Riviera Hotel & Casino, US Army, The Rio and The Hotel Bellagio Las Vegas, Disneyworld, Hilton Hotels, Southwest Airlines, Mercedes Benz, United States Marine Corps, Allstate Insurance Co., Home Depot, Southern California Edison, United Airlines, Mutual of Omaha, American Standard, Pacific Bell, AAA, Minolta, Briggs & Stratton, Sam's Club, AT&T, WalMart, Children's Hospital, ADP Alarm Co., Samsung, Acura Automobile Co., Sears, Frazee Paint Co., True Value Hardware, YMCA, Apple Computers, Washington Mutual, General Electric, Callaway Golf, Geico Insurance, Cedars Sinai Hospital, Bank of America, IBM, 24 Hr Fitness, Ben Bridge Jewelers, Enterprise Rent-a-Car,Cesar's Palace Casino, Costco, Hertz Rent-a-Car, Ford Co., Union Pacific RR, as well as numerous Colleges, University's, Fairs, Festivals,and High Schools throughout the World.
Once you start watching The Hollywood Hypnotist Kevin Stone Hypnosis Show YOU are in for good!- Jack Carter-Producer TLC Channel 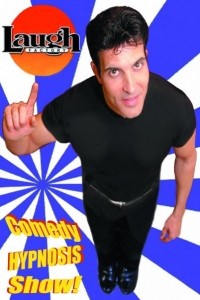 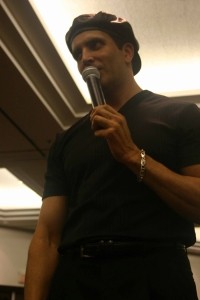 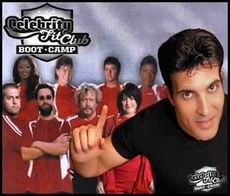 When Walt Disney Co., Warner Bros., and Six Flags Magic Mountain were in search for a dynamic, versatile and entertaining hypnotist for their corporate functions and theme park attractions, they ultimately sought out Kevin Stone. Pam Bugbee, of Six Flags Magic Mountain, stated “Not only is his show wonderful, we found him to be affable and very professional.” Dennis Condon, of Walt Disney Co. said “Kevin Stone and his show is a definite crowd pleaser for old and young alike. Great family entertainment!” Additionally, Los Angeles’s premier radio station 97.1 KLSX, after an extensive ... search for a hypnotist to hypnotize an all celebrity guest panel for a special broadcast, chose Kevin Stone as “THE BEST.” In fact, one of the celebrities, Jessica Hahn, stated, “I have tried before to be hypnotized by others, and I always thought it was fake, that it could not be done! But now that I have been hypnotized by Kevin Stone, I now know that it is real!!”

Which Hypnotist do I pick? How do I know who is the real deal and who is the hack?
Ladies and Gentlemen: Meet the cream of the crop, The Hollywood Hypnotist Kevin Stone. This is the real deal. A hypnotist that not only is Board Certified, Insured for over $2,000,000.00, but is also officially endorsed by The National Guild Of Hypnotists, as well as major corporations and events. Kevin, is the only hypnotist that is nationally known and recognized for his work with major celebrities and sports figures. 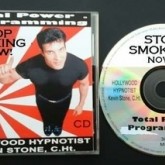 
STOP SMOKING NOW! Are you frustrated that nothing you’ve tried so far has worked: “cold turkey,” nicotine patches, gum or pills? Are you aware that nicotine, even in small doses, is probably the most addictive substance known to mankind? Cigarette manufacturers have spent millions of dollars to find ways to increase the amount of nicotine found in their products to keep you addicted. If you have tried other methods and failed, then Kevin’s revolutionary breakthrough system: Total Power Programming™ STOP SMOKING NOW! Is for you! Through hypnosis, you will utilize the power of your own mind to free yourself from nicotine addiction forever. Subliminal reinforcement on the CD will help you to resist cravings, unwanted weight gain, and reduce unpleasant side effects of nicotine withdrawal. Stop smoking permanently today and live a longer, healthier, and happier life! STOP SMOKING NOW! 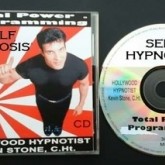 
SELF HYPNOSIS Want to change your life for the better? Are you unhappy, frustrated, or feel “stuck?” Are you seeking to improve the quality of your life, but are not sure how? Do you have any bad habits which plague you and you can not seem to get rid of them? Is sheer determination or “will power” alone not enough? Then you need Kevin’s revolutionary breakthrough system:Total Power Programming™ SELF-HYPNOSIS. This amazing program will teach you the powerful techniques of self-hypnosis to give you the power of your own mind. Most people unwittingly sabotage themselves from accomplishing their dreams due to old negative destructive programming, which lies buried deep within the walls of the subconscious mind. Self-Hypnosis is a method that allows one to open wide the gates of the subconscious mind. In this natural deeply relaxed state, the subconscious mind can easily be re-programmed, allowing easy removal of old unwanted bad habits and behaviors. By harnessing the power of your subconscious mind, you can easily accomplish whatever goals you desire. SELF-HYPNOSIS 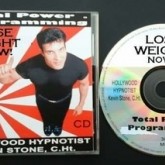 
LOSE WEIGHT NOW! Are you frustrated when all your hard efforts to lose weight seem futile? You work hard by strictly following a weight loss regimen. The weight gradually comes off, only to return with a avengeance! What ever you do, the pounds just will not stay off! The goal of any successful weight loss program should be to re-establish a normal healthy weight you can maintain for the rest of your life. Fad diets, drinks, or pills are not a “magic” cure. Even sheer “will power” can let you down in the long run. Why do these methods fail? It is because old unhealthy eating and lifestyle patterns are still embedded deep within your subconscious mind. If not corrected, your subconscious mind will continue to sabotage your best efforts. You need Kevin’s revolutionary breakthrough system: Total Power Programming™ LOSE WEIGHT NOW! To supplement your efforts to lose weight and develop a healthier lifestyle you can live with. Learn the practice of using deep relaxation and positive imagery to obtain your goal. This powerful program offers subliminal messages that will help you to attack your weight problem. Deal directly with your subconscious mind and get rid of those unwanted bad habits. You will be surprised at how easily and effortlessly the pounds and inches seem to just melt away, never to return! No hunger pangs, cravings or feeling deprived! The results of this program are remarkable. LOSE WEIGHT NOW!